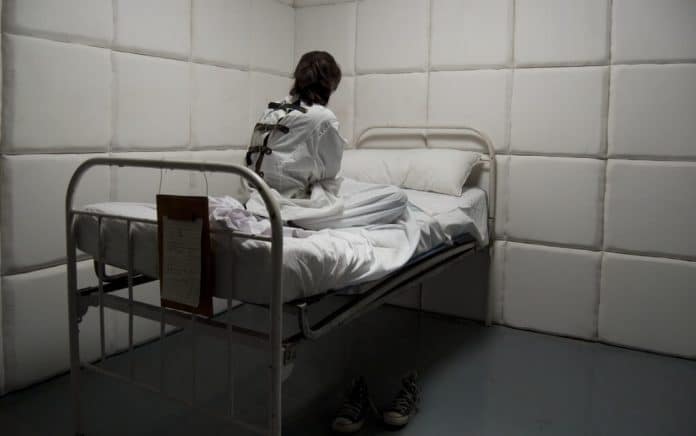 (NewsReady.com) – In 2017, Joshua Spriestersbach was reportedly sleeping while waiting in a food line outside of a Honolulu, Hawaii shelter when a police officer woke him up. What happened next led to him losing his freedom for more than two years.

The Hawaii Innocence Project says officials arrested a homeless man for a crime committed by another person, locked him up in a hospital for 2+ years, forced him to take powerful medication & tried to cover up the mistake by quietly setting him free: https://t.co/a0SKmqYdNl

According to Spriestersbach’s attorneys, who work with the Hawaii Innocence Project, law enforcement agents mistook him for a man named Thomas Castleberry. They woke him up as he slept on the sidewalk, leading him to assume that motivated their sudden attention.

But rather than reprimanding him for relaxing in the wrong place, officers immediately placed Spriestersbach under arrest. They accused him of being on the run with dual warrants out for his arrest — one for violating probation, the other for a drug charge.

Spriestersbach insisted he wasn’t Castleberry, but neither police nor his court-appointed defense attorney believed him. He was committed to the Hawaii State Hospital for over two years, yet continued to assert they had the wrong guy. The hospital declared the man “delusional and psychotic,” leading staff to heavily medicate him.

A psychiatrist finally listened to Spriestersbach. They telephoned both the police and a detective, had him fingerprinted, and thus, discovered his assertions were true. Staff then connected with Alaskan authorities, where they discovered the real Castleberry had been incarcerated since 2016.

The Hawaii Innocence Project alleges authorities tried to cover up their mistake by quietly setting Spriestersbach free. They failed. The organization is now petitioning the court to have the record set straight, blaming the police, hospital, Hawaii’s attorney general, and public defender’s office for allegedly participating in a “gross miscarriage of justice.”