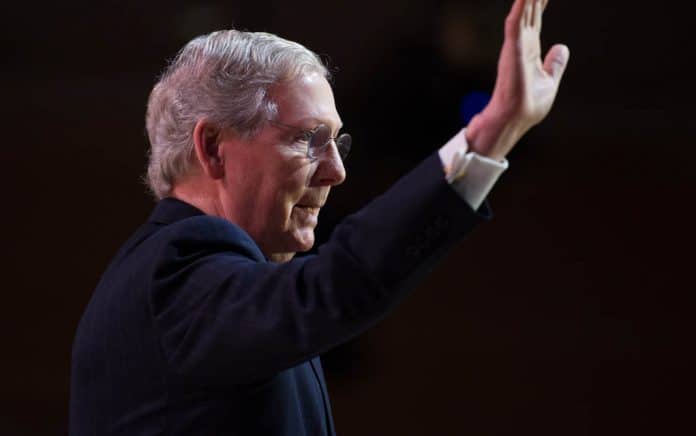 (NewsReady.com) – During the first impeachment of former President Donald Trump, the GOP was almost entirely united. The only senator to vote in favor of removing him from office was Senator Mitt Romney (R-UT). That’s, in large part, because party leadership kept the lawmakers united behind Trump. The same might not hold true during the second go-around.

According to a February 9 report by Bloomberg News, Senate Minority Leader Mitch McConnell (R-KY) is allegedly telling senators he thinks they should vote their conscience. The GOP leader is also not saying whether or not he’s going to vote to convict Trump of the charge that he incited an insurrection.

Red State: Mitch McConnell is reportedly telling Senate Republicans that the final vote on Donald Trump’s impeachment is a matter of conscience and as a result, he will not hold them to uniform opposition to the charge that Trump incited the Capitol riot.

The reality is, even if a few Republicans sided with the Left, the Senate would still acquit Trump. Democrats need at least 17 votes to convict the former president. It’s highly unlikely that would happen given the fact that only six members of the party voted to move forward with the trial in the first place.

We will keep you updated as the impeachment continues.