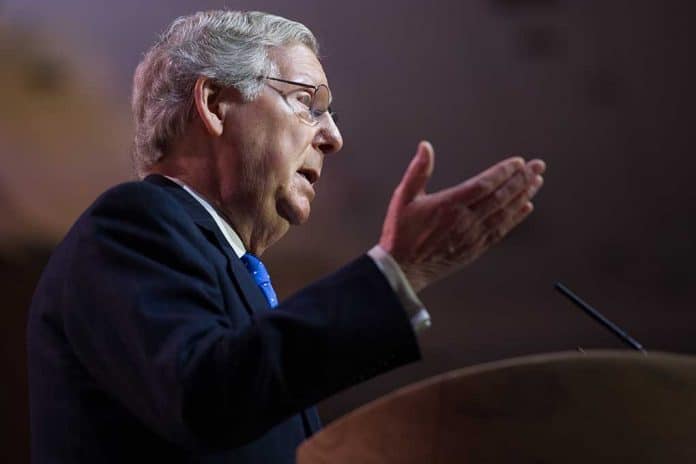 (NewsReady.com) – On March 22, a gunman walked into a supermarket in Boulder, CO, and opened fire, killing 10 people. The incident came a week after eight people were gunned down in Atlanta, GA. In the wake of the massacres, President Joe Biden is calling on the Senate to pass the House’s gun control bills.

Senate Minority Leader Mitch McConnell (R-KY) is not on board with the Biden plan. He called the language in the House bills “perplexing.” The senator said the Left and Right have “deep-seated philosophical differences” on how to handle gun violence. He went on to explain that one thing the shooters usually have in common is that they’re “mentally incapacitated.”

Other Republicans expressed concern about the bills as well. Currently, the Senate is evenly split. If the Democrats try to move forward with gun control, GOP lawmakers will likely block the bills and the Left will almost certainly not have the 60 votes to overcome a filibuster.