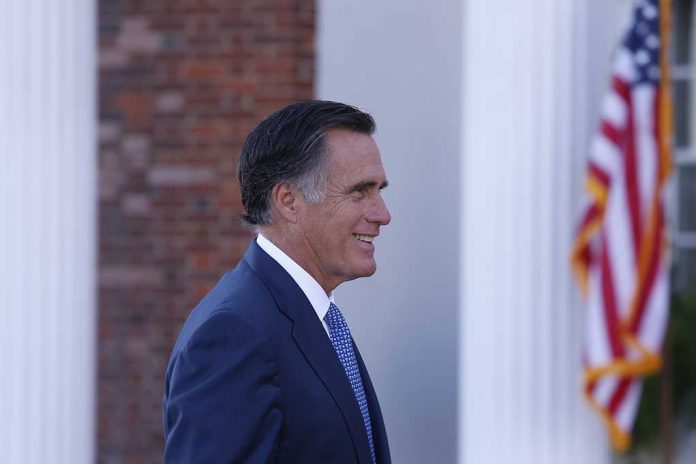 (NewsReady.com) – There is no love lost between Senator Mitt Romney (R-UT) and former President Donald Trump. The two men have not gotten along with one another in years; in fact, Romney voted to convict the former president at both of his impeachment trials. Although he has spent decades as an important conservative figure, Romney’s opposition to Trump has earned him the Republican in name only (RINO) label. Now, the lawmaker is trying to sour the party against the former POTUS again.

During a CNN interview on Wednesday, March 30, Romney told journalist Kasie Hunt that NATO would suffer irreparable damage if Trump runs for the White House and wins in 2024. He said he believes the world’s nations would rethink whether they want to stay aligned with America or align with others. Romney said he believes NATO is worried that it can’t count on the US to lead the international alliance as it pushes back against China and Russia.

NEWS: @MittRomney tells me NATO would be permanently damaged if Trump is elected president again

Our allies “would rethink whether they can count on the United States to lead NATO and defend other nations.” @CNNplus @NewDay (1/x) pic.twitter.com/Ia4dxRVIJK

During his presidency, Trump put America’s interests before those of NATO allies. He also demanded the countries that form the alliance pay their fair share for their security, arguing the US could not continue to police the world. It’s hard to imagine a situation where it’s wrong for an American POTUS to put the people of his own nation first.