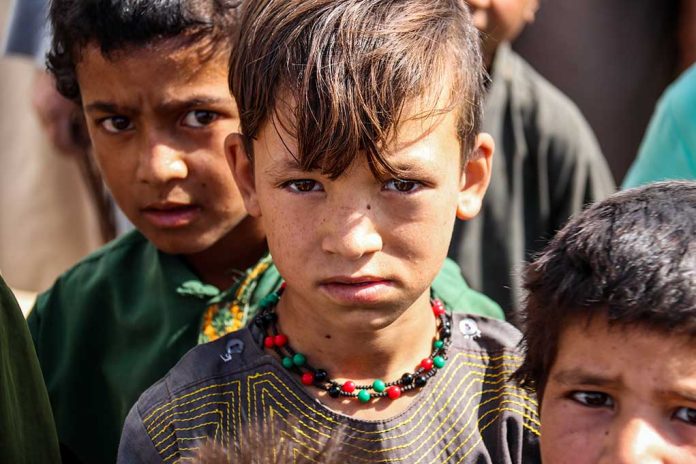 (NewsReady.com) – It seems the chaos of the Biden Administration’s withdrawal from Afghanistan still isn’t over. Hundreds of Afghan children are in government care in the US as their parents wait for flights to join them. Now, the Taliban are obstructing reunions, and our government seems powerless to do anything.

Exclusive from @ckubeNBC @JuliaEAinsley @Abs_NBC + @dandeluce
More than 230 Afghan children are alone in the U.S. while their parents or caregivers remain in Afghanistan, according to figures from the Office of Refugee Resettlement.https://t.co/vVFIHDYbPv

New data from the Office of Refugee Resettlement shows that 104 Afghan children are in federal care with another 130 being looked after by states or NGOs. This adds up to almost 1 in 6 of the more than 1,500 unaccompanied children evacuated to the US after the Taliban seized power last August. Most have been reunited with parents or other relatives, but things are looking grim for those still in government care.

Now that the Taliban control Afghanistan again, they’re cracking down on people who want to escape their brutal rule. There’s now only one flight a week taking evacuees out of the country with tough competition for seats. On top of that, some countries that took in Afghan refugees — many of whom then applied to travel to the US — have stopped accepting them.

If families who sent their children to America last year haven’t got here by now, their chances of making it are fading. Meanwhile, the Biden Administration seems to have no influence over the Taliban. These lost children could have a long wait before they see their parents again.