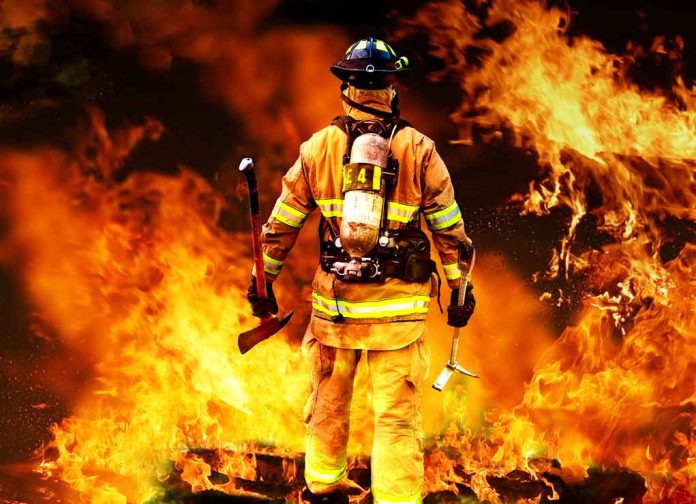 Just before 3 a.m., Jackson Police Department (JPD) received calls about fires at a number of places, including the Epiphany Lutheran Church, Greater Bethlehem Temple Church, a gas station, a house, privacy covering at a baseball field, and two other structures. The fires were all put out just over three hours later, except for the blaze at the Epiphany Lutheran Church, a historic black church, which burned for more than four hours.

Man arrested, accused of setting 7 fires near JSU campus
Multiple fires set near and on JSU campus, including at 2 churcheshttps://t.co/Q50YZz4Fn8

A member of the Epiphany Lutheran Church spoke to WAPT News and said the community was mourning their loss. They said it “was like a village,” and now the “village has been destroyed.” Jackson Fire Department Assistant Chief Patrick Armon called the fires a “major occurrence,” saying how responding to multiple fires is out of the ordinary. He mentioned “about a third” of the city’s fire departments were on the sites of blazes.

McLaurin has been charged with felony malicious mischief. It’s not clear what the motive was for the arsons.