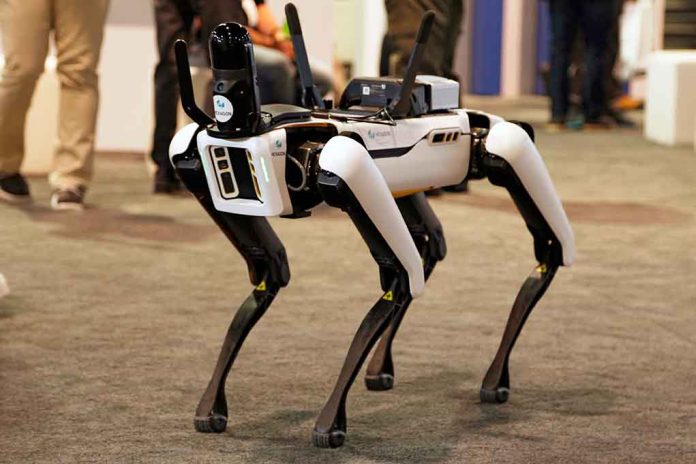 Police Get Approval to Use Robots With Deadly Force

(NewsReady.com) – Many American grew up watching television shows like “The Jetsons” and contemplated a world run by robots. Although the show was way off base in many ways, it’s true that automated technology and robotics have advanced a great deal. People use bots to clean their homes, and companies use the tech to cut down on costs.

In 2021, news broke about the military testing robot dogs that service members could mount weapons to and use in war zones. The thought was the bots could take away some danger the troops face, much the same way drones do. Now, a police department in California intends to use robots on the job.

On Tuesday, November 29, the San Francisco Board of Supervisors voted to approve the use of potentially deadly robots by the police department. The 8-3 vote came after a heated debate about whether or not the decision would violate the civil liberties of people or lead to the increased militarization of law enforcement.

Watchdog groups and the ACLU urged the liberal city to reject the proposal. The Guardian reported these organizations were arguing how minority groups were already disproportionately targeted by police. They also believe the guidelines are too vague. Under the policy, only high-ranking officers will have permission to authorize deadly force.

They’re Already in Use

The SFPD already uses robots to carry out tasks like serving warrants. However, they will now be able to arm the machines and deploy them in dangerous situations. The department currently does not own any pre-armed robots and has said they don’t intend to put guns on them. However, the new guidelines will allow police to arm robots with explosive charges and send them in to deal with active shooters or terrorists. The Associated Press reported a statement from SFPD spokesperson Allison Maxie, who said the department intends to use the robots “to contact, incapacitate, or disorient violent, armed, or dangerous suspect” when people’s lives are at risk.

In 2016, the Dallas Police Department used a robot armed with C-4 explosives to kill a sniper who had murdered five police officers. At the time, CNN reported Dallas Police Chief David Brown said he would absolutely do it again to save lives.