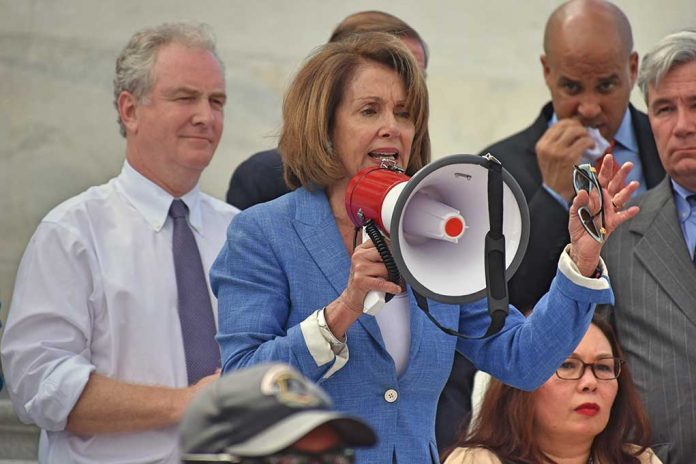 (NewsReady.com) – Progressive Democrats have been pushing President Joe Biden to cancel school debt for months. It’s a promise many of them, like Rep. Alexandria Ocasio-Cortez (D-NY), ran on, so now their constituents want action. Speaker of the House Nancy Pelosi (D-CA) just threw cold water on their plan, though.

On Wednesday, July 28, Pelosi held a press conference and said President Biden doesn’t have the power to forgive student loan debt. She explained the POTUS “can postpone, he can delay,” but he cannot forgive. In order to give students relief from their debt, Congress would have to pass a law.

>> @SpeakerPelosi says Biden does *not* have the power to cancel student loan debt — as some Democrats, led by @SenSchumer, are urging him to do.

"That has to be an act of Congress," Pelosi says. pic.twitter.com/2V7ALDDG3y

The Speaker didn’t stop there. She also pointed out it might not be a good idea to pass a debt forgiveness law because it would force some people to pay the obligations of others. Republicans have long argued against canceling student loan debt for that very reason. Also, they’ve said it forces low-income and middle-class Americans to pay for the college educations of the rich.

Pelosi’s comments contradicted what other Democrats have said. Senate Majority Leader Chuck Schumer (D-NY) believes Biden does have the power to cancel loan debt. The president has also indicated he could forgive some, but not all of it. Either way, the Speaker’s comments are sure to cause an uproar from the spend-happy Left.