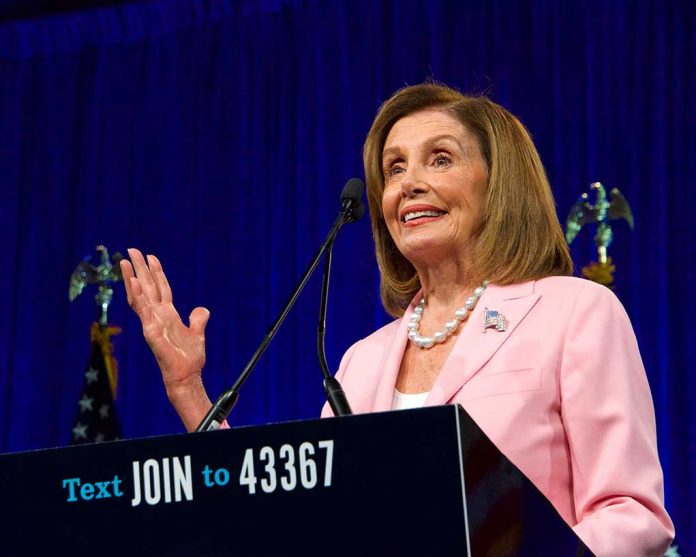 (NewsReady.com) – On March 1, President Joe Biden gave his first State of the Union Address in front of Congress. There were quite a number of viral moments during the speech, but one of them was just weird.

During his speech, Biden discussed how his administration wants to do everything possible to help American soldiers. Members of the audience applauded his declaration. He then moved on to discuss the dangers service members faced while they were in Afghanistan and Iraq, including toxic burn pits.

Here's proof that Democrats were only half-listening to Biden's speech and were told to clap like seals at everything he says.

Senior Digital Strategist Greg Price asked his Twitter followers what the heck was going on with Pelosi.

What the hell is this reaction from Nancy Pelosi to Biden talking about soldiers breathing in toxic smoke from burn pits. pic.twitter.com/MKdgMCPnVf

It was really odd that the Speaker chose that time to rub her knuckles joyfully. Burn pits were located on bases overseas and were used to burn trash, sometimes using accelerants like jet fuel. For years, veterans of the War on Terror have blamed the pits for a number of soldiers’ health problems, including cancer, asthma, and other issues.

Does the House Speaker think there’s something funny about soldiers getting sick and dying? How do you feel about Pelosi’s bizarre reaction?