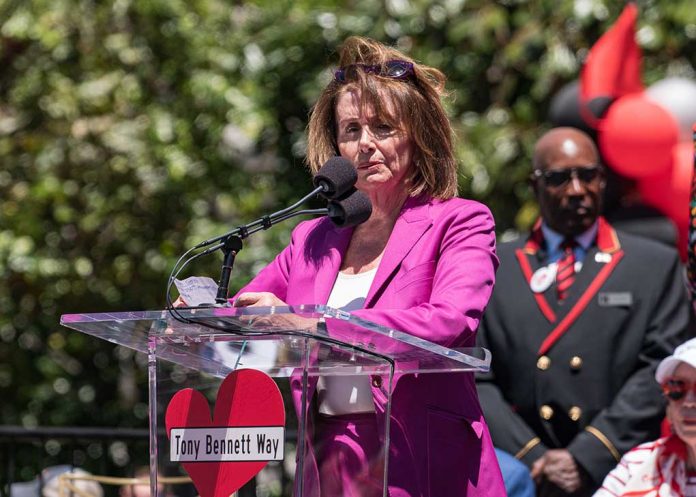 (NewsReady.com) – More than 10,000 migrants, most from Haiti, are camping out under Del Rio International Bridge along the Rio Grande in Texas. Images published online show Border Patrol agents on horseback trying to prevent the immigrants from entering the US. Democrats and the media accused the agents of using whips to control the migrants — but the story isn’t true.

On September 20, Speaker of the House Nancy Pelosi (D-CA) issued a scathing statement about allegations Border Patrol agents were using whips to control migrants. She said all asylum seekers should be treated “in accordance with the law and with basic decency.” The Democrat then went on to say officials should investigate all aggressive behavior by agents.

Reports of the mistreatment of Haitian migrants fleeing violence and devastation from natural disasters are deeply troubling, including the inappropriate use of what appear to be whips by Border Patrol officers on horseback to intimidate migrants.

If the Border Patrol was whipping immigrants, that would certainly be something the Biden administration should investigate. The problem is it’s fake news.

Pelosi has not removed her Twitter comments or told her followers the DHS denies it was abusing the migrants. Apparently, she didn’t bother to check with anyone in the agency before trying to appease her base. Because, hey, why fact check when she can spread fake news instead!