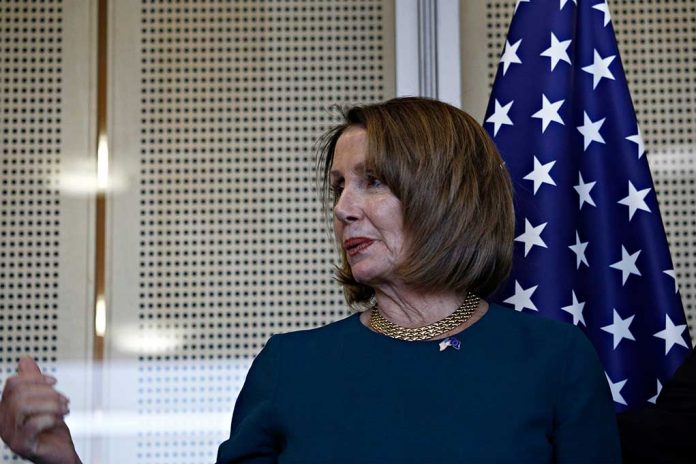 (NewsReady.com) – Democrats control both the legislative and executive branches currently. Over the last couple of months, they have been using this power to try to ram their legislative agenda down the throats of the American people. So far, they have not been very successful, but they continue to try.

In the House, Speaker Nancy Pelosi (D-CA) spent the pandemic suspending certain rules to get legislation through with as little input from Republicans as possible. She recently tried to fast-track a bill using a method that would require input from the GOP, and it went very badly for her.

On Tuesday, June 15, Speaker Pelosi tried to fast-track two bills using the “suspension of the rules” procedure, which calls for a supermajority of the House to agree to pass uncontroversial legislation. In this case, the Democratic Party was trying to pass the Equal Access to Contraception for Veterans Act and the LGBTQ Business Equal Credit Enforcement and Investment Act.

The first of the bills has to do with contraceptives. It prohibits the Department of Veterans Affairs from requiring veterans to pay for birth control that federal law requires insurance companies offer for free. That is a provision of the Affordable Care Act, a law that the Supreme Court upheld again on June 17. The other bill would have amended the Equal Credit Opportunity Act to include “LGBTQ-owned” businesses in the text as well.

Rep. Matt Rosendale (R-MT) told Breitbart that the loss was significant for Pelosi. He said it showed that the “Freedom Caucus strategy to fight the Democratic majority” is working.

Freedom Caucus Chairman Rep. Andy Biggs (R-AZ) explained that the issue was not that the bills were particularly controversial; he said they will be fighting all of the suspension votes. The reason is that they do not believe Democrats should be allowed to keep suspending the rules to get their legislative agenda through Congress quickly. He said the American people deserve transparency and roll call votes give them the ability to see who voted for what. Also, he wants the Left to “put the speed stick down.”

Tuesday was the first time this year that the GOP was able to stop Democratic bills from moving forward. Now that they know they can do it, we might see it happen more often.