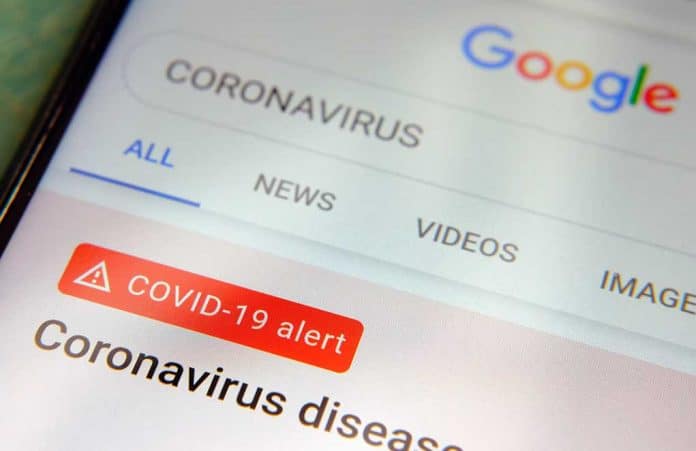 (NewsReady.com) – Peter Daszak is one of the scientists at the center of the COVID-19 origins controversy. He and his organization, EcoHealth Alliance, helped to fund research at the Wuhan Institute of Virology. Recently, the National Pulse dropped a bombshell accusing Google of working with Daszak to cover up the truth about the pandemic.

According to the report, Google and the EcoHealth Alliance are financially connected to one another. The website claimed Google.org has been funding Daszak’s organization for over a decade, which has “openly collaborated with the Wuhan Institute of Virology on ‘killer’ bat coronavirus research.”

Could this explain why big tech silenced debate on the origins of COVID-19?https://t.co/Uq8vXR1TBH

Google is also accused of censoring articles related to the Wuhan lab theory. Fox News host Pete Hegseth explained that, if the report is true, the Big Tech company is essentially working as Daszak’s business partner.

These allegations are incredibly disturbing. If Google was funding Daszak and censoring the information available to people online, that could mean they were purposely hiding information about the origins of the pandemic in order to protect their own business interests. Fox News Primetime host Steve Hilton told Hegseth he believes that Google is “covering it up because they know they’ve got a guilty conscience.” He went on to call it a “massive conflict of interest.”