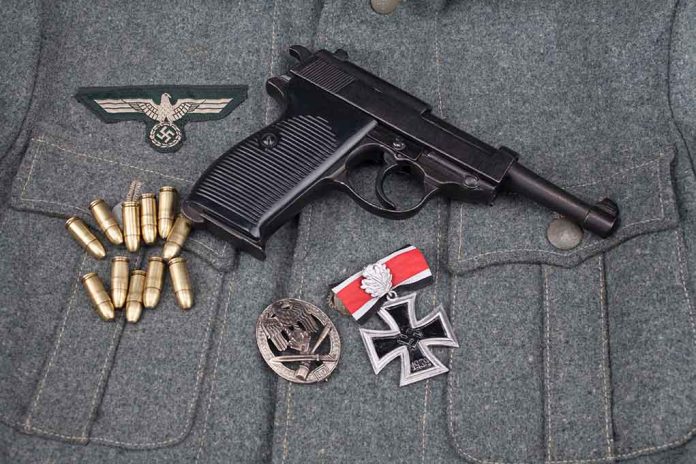 (NewsReady.com) – Anti-Semitism is on the rise in America. A survey conducted by the Anti-Defamation League (ADL) Center for Antisemitism Research and others revealed that 85% of Americans believe at least one anti-Semitic trope, an increase from 61% in 2019. Florida is seeing the result of some of the increased hate toward the Jewish community.

On Saturday, January 14, someone used a projector and a generator to display anti-Semitic messages and a Nazi swastika on a downtown building in West Palm Beach. The messages included one that blamed the FBI and Jewish people for the September 11 terrorist attacks.

Police reported the incident happened around 9 p.m., and they believe they found two men wearing ski masks who did it. A police spokesperson, Mike Jachles, spoke to local WPTV, saying the city is “welcoming” and it’s “diverse.” He went on to say the city doesn’t “welcome them, those types of messages.”

At the other end of the state, on the same evening, someone projected a swastika and cross on the side of the CSX building in downtown Jacksonville. The incident happened while the Jaguars were facing off against the Los Angeles Chargers in the NFL playoffs.

Action News Jax reported a statement from CSX, a rail company, condemning the actions. The company said the “increased acts of antisemitism in Jacksonville are unacceptable.” Further, the statement called them “an appalling display of intolerance” that “undermines” the city’s diversity.

Boca Raton residents also reported someone threw packages with hateful messages into their yards the next day.

Authorities believe the incidents were related. In West Palm Beach, the men who were caught refused to cooperate with the police. When they were discovered, they broke their equipment down and left the scene. Prosecutors will determine if they committed a crime. The displays were linked to Goyim Defense League (GDL) and National Socialism Florida (NSF), two far-right groups operating in the state.