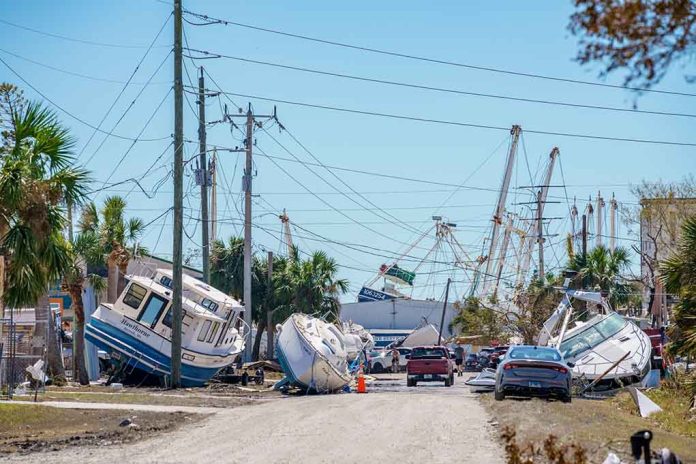 (NewsReady.com) – Have you suffered damage from a climate-related disaster recently? Well, you’re not alone. A new report reveals that, over the last decade, 90% of counties in the US have been hit with a climate event bad enough to require federal assistance.

Today Rebuild with help from @aptim @iparametrics releases "50 Atlas of Disaster" showing, for the first time, that ninety percent of US Counties have had a climate disaster from 2011-2021 – affecting over 300 million Americans.

Rebuild by Design is a group working to find large-scale solutions to problems like extreme weather events and mass migration. On November 15, it released a report with the alarming title “Atlas of Disaster,” which counts every climate-related disaster in the US that’s required federal emergency aid over the last 10 years. The amazing conclusion is that 9 in every 10 counties have suffered at least one of these events, which include floods, fires, and high winds.

More than 300 million Americans live in the affected counties. California was the nation’s disaster hotspot, with 25 federal disaster declarations from 2011-2021, while the lucky residents of Nevada only had three.

Overall, these disasters cost taxpayers $91 billion in federal funds, and the report predicts another $72 billion over the next 10 years. Its authors suggest adding a surcharge to some kinds of property and casualty insurance to help cover the costs of future disasters, so this might be a good time to move to a lower-risk state.