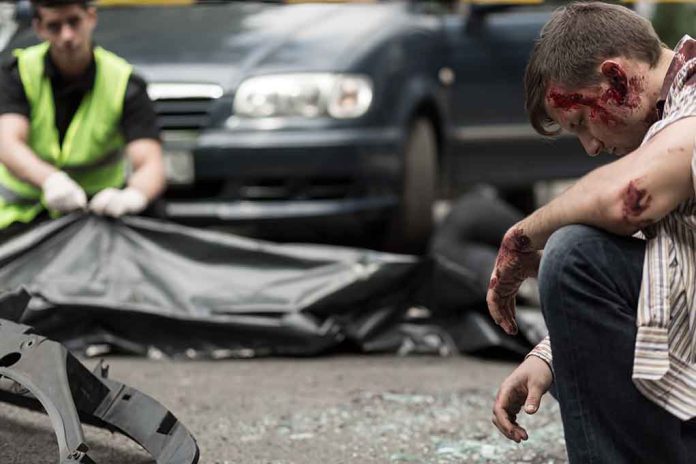 (NewsReady.com) – On February 23, 2019, Chattanooga Officer Nicholas Galinger, 38, was inspecting an overflowing manhole while on duty. Janet Hinds was driving home after drinking five alcoholic drinks at an area bar. While driving, the intoxicated woman slammed her vehicle into the officer, throwing him 160 feet down the road. She fled the scene after striking the father of two. That split-second decision to get behind the wheel of the car left Officer Galinger dead and Hinds serving an 11-year prison sentence.

Two years later, on April 13, 2021, a drunk driver killed Missouri couple Cordell Williams and Lacey Newton, as well as their 4-month-old son, Cordell II in a fiery crash. A man named David Thurby is awaiting trial for three counts of DWI death of another. He admitted to drinking “seven shots of Crown and water.” Cecelia Williams, Cordell’s mother, decided enough was enough. She started fighting to pass Bentley’s Law (named after one of the couple’s other children) to help the children of other victims killed by intoxicated drivers.

Now, the deaths of the officer and the Missouri family could lead to a big change in the country’s laws.

On Wednesday, April 20, Tennessee lawmakers unanimously passed House Bill 1834 — the law Williams has fought to enact. Lawmakers added the names of Officer Galinger, Ethan, and Hailey, to the bill, making it the “Ethan, Hailey and Bentley’s Law.” The legislation seeks to force people convicted of aggravated vehicular homicide and vehicular homicide due to intoxication in accidents, where they kill a parent to pay restitution to each child until they are age 18 or graduate high school.

Missouri lawmakers are also considering a similar bill. Williams was in Jefferson City in March advocating for the legislation; Representative Mike Henderson (R-MO) is sponsoring that one. He told KY3 that he was shocked to see his state didn’t have a bill like Bentley’s Law in place already.

Williams explained that she hopes her advocacy will help other kids around the country. She said the children of drunk driving victims would much rather have their parents than restitution, “but they weren’t given that choice…There’s no fairness in that.”

The Tennessee bill is now on the governor’s desk, awaiting a signature.