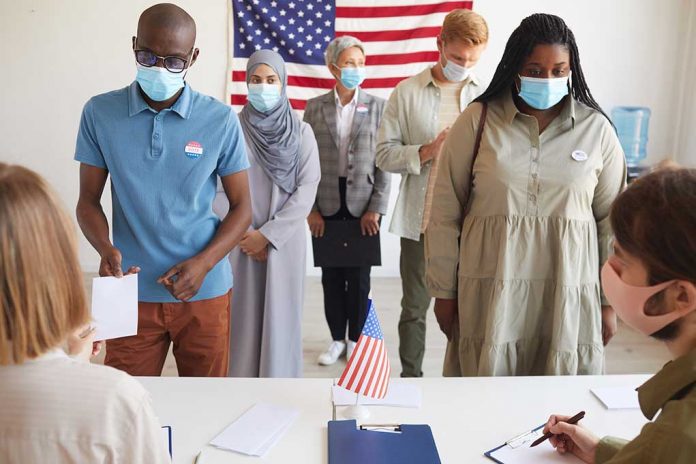 (NewsReady.com) – Democrats have been fighting against voter ID laws for years. They claim that requiring voters to have photo IDs amounts to a poll tax because they have to pay for the identification cards. In 2008, the Supreme Court upheld the laws, but Dems are still fighting and new polling shows voters don’t agree with them.

On March 17, Rasmussen Reports released a new poll, and the results show Americans are very supportive of voter ID laws. In fact, 75% of citizens support the laws — including 60% of Democrats. The polling comes as the Left tries to override state voter ID laws with the “For the People Act,” an overhaul of federal voting laws.

Voter ID laws are meant to protect our free and fair elections. They stop bad actors from voting with fictitious names. Why would lawmakers have a problem with that when the people they are supposed to represent clearly do not?