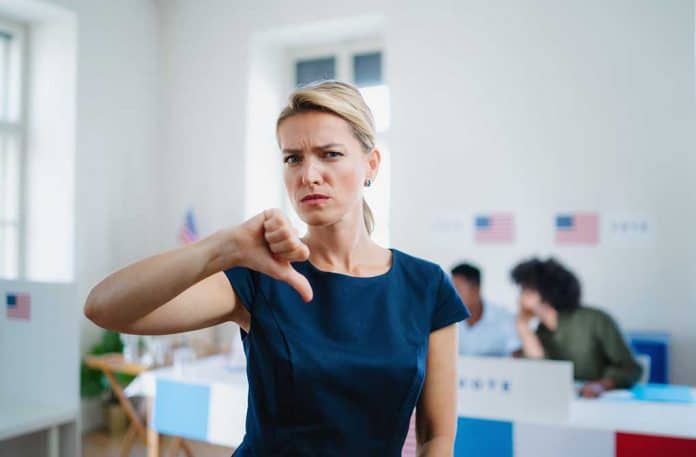 (NewsReady.com) – President Joe Biden has been in office for just over a month and he has already been embroiled in a number of controversies. According to a new poll, voters aren’t particularly thrilled with what they’re seeing.

On March 3, Monmouth University released its most recent poll and it showed Biden’s approval rating has slipped during his first month in the Oval Office. In January, a similar poll showed his approval rate was 54%; this time around it was 51%. His disapproval rate was 30% in right after his inauguration, but it has shot up 12 percentage points to 42% in the last month.

It seems the honeymoon is over. Clearly, the massive number of executive orders, a drone strike, and all of his far-left policies aren’t what voters want. Biden is showing the American people who he really is, and they aren’t happy about it.