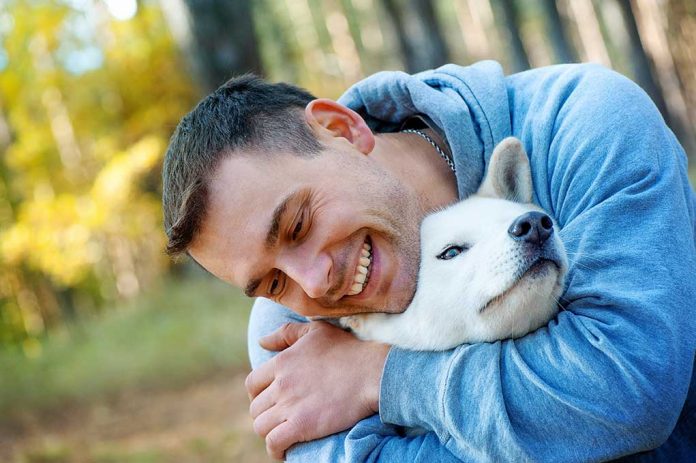 (NewsReady.com) – Do you ever feel like your dog understands you better than some of the humans in your life? Most dog owners would probably say that’s how they feel about their furry companion. That is, after all, why they are called “man’s best friend.” What you might not know is there’s a reason behind that — a new study explains why.

Professor of Evolutionary Anthropology, Brian Hare, said he was interested in finding out why dogs understand human gestures while other animals, like wolves, do not. He called it a “domestication hypothesis.” Hare explained the idea that dogs can understand human gestures is “an evolved inherent trait” and not something they can be taught as they grow older. In order to test this hypothesis out, the professor conducted an experiment with dogs and wolves.

Hare and his team compiled a group of 44 golden retrievers, labradors, and a mixed breed of the two from the nonprofit Canine Companions for Independence. This organization trains dogs as service animals to help out people with disabilities. The group of canines were all very young and still under the care of their moms.

Then, the professor gathered a group of 37 young wolves from the Wildlife Science Center in Stacy, Minnesota. They had already been separated from their biological mothers at about 10 days old. From that point, they were cared for by humans 24 hours a day, 7 days a week. According to Hare, the wolves used in the study were all gray wolves.

The team then went about trying to teach them certain tasks to see how they would react. For instance, they put strange humans in front of the wolf and dog pups to see whether they would interact with them. The researchers found that dogs were 30 times more likely than wolves to approach a human they didn’t know. Dogs also made more eye contact with strangers and were also more likely to understand human gestures, even when they hadn’t had as much interaction with people.

The scientists discovered that a dog’s ability to recognize and respond to humans was a result of evolution, not just learned behavior. In other words, they really are man’s best friend.