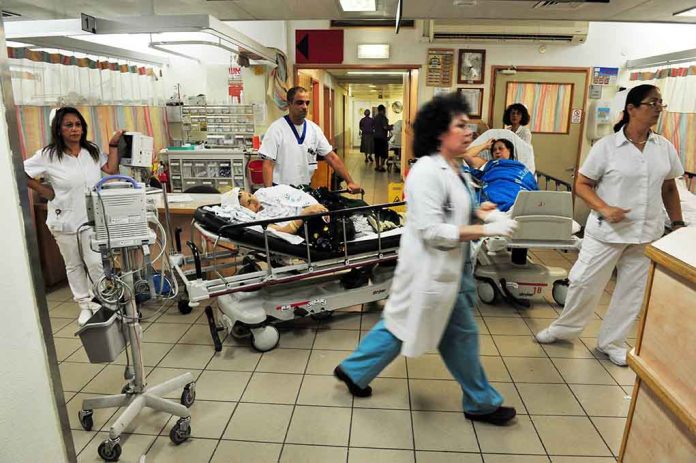 These VICTIMS Are Being Charged Thousands…

(NewsReady.com) – A leading medical journal is reporting that sexual assault victims who don’t have medical insurance are facing more trauma after they’re victimized. The medical care they need can cost thousands of dollars, and might even be preventing many from reporting the crime.

A study found that in 2019, more than 112,000 survivors of sexual assault sought emergency care.

According to a new study in the New England Journal of Medicine (NEJM), victims of sexual assault often face medical costs of more than $3,000. The Violence Against Women Act (VAWA) only covers the cost of evidence collection kits, or “rape kits.” If survivors need treatment for injuries, sexually transmitted infections, or emergency birth control, they have to pay for it themselves; in reality, they often get billed for rape kits, too. In 2019, more than 17,000 women who reported being sexually assaulted were uninsured.

Women’s health experts say the cost of post-assault care and the stigma of being billed for it could deter women from reporting crimes. Many sexual assault victims already don’t report being abused, and for anyone who’s uninsured, the cost of treatment is another reason not to. If a woman fears being given unaffordable treatment, she’s less likely to go to a hospital for a rape kit. The study’s authors are calling for the VAWA to be extended to cover the cost of all care for sexual assault victims and also argue for universal health care.