(NewsReady.com) – When the COVID-19 pandemic began spreading throughout the country, President Donald Trump stopped holding political rallies for his reelection campaign for months. In June, he finally headlined one in Tulsa, Oklahoma and the media went nuts. They claimed he was risking people’s lives and being irresponsible.

Trump, however, made masks and sanitizer available to rally-goers. His team also encouraged attendees to wear masks. The rally came and went, nothing terrible happened.

On July 3, the president held another event in South Dakota. But that’s been it, really. Now, he’s indicating he may be hanging up his rally hat for a little while.

During an August 11 interview with Fox Sports’ Clay Travis, Trump explained he may not hold more rallies because social-distancing guidelines make it incredibly hard. The president said he “won’t do them” right now because if a person is sitting in one seat then about “seven around that” will have to be empty.

Later that day, Trump spoke with radio host Hugh Hewitt and made similar remarks. The commander-in-chief said he’d “love to do the rallies” but the pandemic makes it impossible because people can’t sit that close to one another.

Transcript of this AM interview w/ @realDonaldTrump now complete and posted along with audio: https://t.co/gPYEBBzodZ Take a headline, any headline.

Alternative Options in the Age of COVID-19

Instead of holding massive rallies filled to the brim with people, the Trump Campaign is taking a different approach. Their ground game is incredibly strong and they’re reaching out to people all over the country — 1 million to be exact.

The campaign is still moving along; President Trump is just ensuring people are safe. As he should. 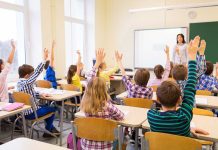