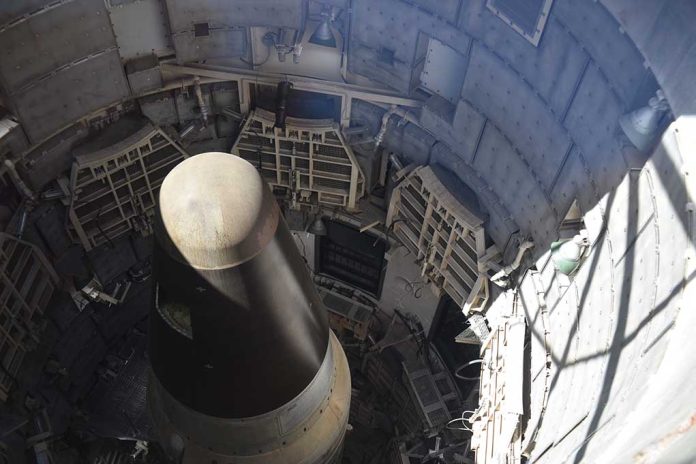 (NewsReady.com) – In January, Kim Jong-un indicated he might restart his country’s nuclear program, the one he shuttered during former President Donald Trump’s administration. Now, the area where one of his facilities sits has suffered multiple earthquakes.

The Korea Meteorological Administration detected four earthquakes around the Punggye-ri nuclear test site. The first one was a 3.1 magnitude on February 11, then 2 more measuring at 2.3 magnitude were picked up on Monday. Finally, a 1.5-magnitude quake was detected on Tuesday.

North Korea's nuclear site hit by series of earthquakes as it warns it could resume testing, with South Korea saying it highlights the area's geological instability https://t.co/VAcQPPBNLS

According to experts, the area was not a place where seismic activity has traditionally occurred. However, in September 2017, Kim’s regime detonated its sixth nuclear weapon, the largest one it had ever tested, and for weeks afterward, there were seismic tremors. A retired analyst for the Los Alamos National Laboratory, Frank Pabian, told Express.com that nuclear tests have destabilized the earth before. The American scientist said something similar happened in Nevada.

Pabian went on to say the earthquakes may not prevent the North Korean government from using the nuclear site in the future. He explained Kim would probably be limited to using tunnels that he’s already used to conduct tests. Although the dictator has threatened to restart his nuclear program, there’s no sign that he has used the Punggye-ri site in years.