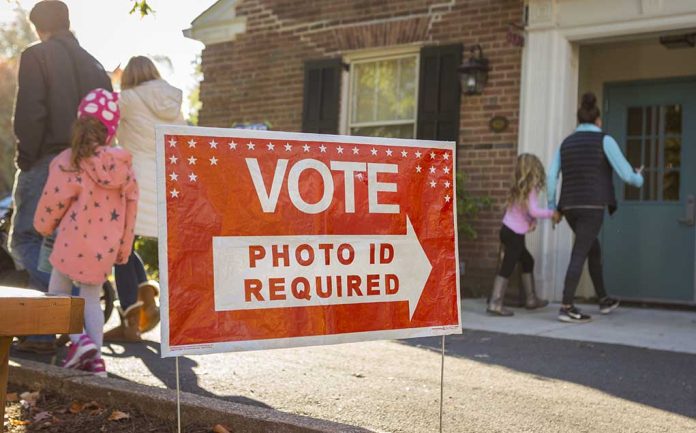 (NewsReady.com) – In order to vote in US federal elections, a person must be an American citizen. Conservatives have been very concerned about the possibility of immigrants casting ballots illegally; it’s one of the reasons they’ve pushed voter ID laws. The same rules don’t apply to municipal elections, and NYC is taking advantage of that fact.

On Thursday, December 9, the New York City Council approved a measure that will allow almost 800,000 immigrants to vote in the city’s elections. The migrants must have either work authorization or a green card in order to cast a ballot, which includes people who received status under the DACA program. Illegal immigrants are not included in the measure.

The New York City council has approved a measure to allow 800,000 non-citizens to vote.

Americans are officially second-class citizens in their own country.

Republicans have vowed to take legal action. GOP Party Chairman Nick Langworthy told Fox News the party will go to “any means necessary to stop [the] dangerous legislation from undermining elections.” He believes allowing immigrants to vote will allow foreign entities to have influence in elections.

Others are worried it would lead to immigrants not getting their citizenship. The law requires people who have only lived in the city for 30 days to vote. Critics say that the time frame is too short.

NYC Mayor Bill de Blasio (D) has also said he opposes the measure because he believes only the state can pass such a law. However, he doesn’t plan to veto the legislation. Roughly a dozen other cities in the US have similar measures, but NYC will be the biggest.