New York has taken the hardest hit from the coronavirus, with the epicenter in the city itself. As of May 11, more than 21,000 deaths have been reported in the state. Now de Blasio says the city needs emergency funding from the federal government to cover lost tax revenues, otherwise, NYC’s emergency services will start to collapse. The mayor claims the city has lost $7.4 billion in tax revenue because of the crisis and he wants Washington to make up all of that shortfall. 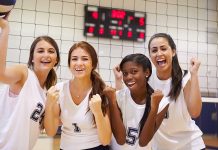 Nancy Pelosi Might Retire As She Goes Quiet About Running Again