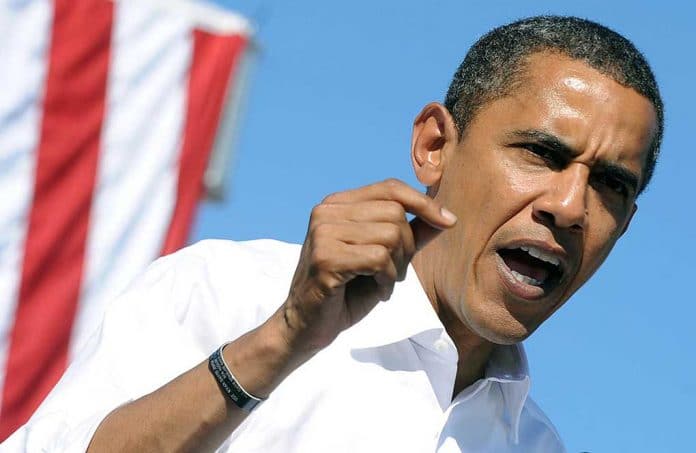 (NewsReady.com) – Former President Barack Obama is one of President Joe Biden’s closest friends. After all, the two served together in the White House for eight years. The 44th president is now calling for lawmakers to pass immigration reform to fix the “dysfunctional” system.

In an ABC News interview that aired on September 28, Obama called for immigration reform to fix the system. It’s something he’s wanted for years, but failed to get passed while he was in office. The former president explained that the US is a “nation-state” that has borders. “The idea that we can just have open borders is something that … as a practical matter, is unsustainable.”

Obama takes a shot at Biden's border crisis: "The idea that we can just have open borders" is "unsustainable" pic.twitter.com/UswX9n4Gqi

The former president discussed the situation in Del Rio, Texas, where roughly 12,000 mostly Haitian immigrants have been camping on the border.

Obama told “Good Morning America” that Biden understands there’s “more work to do” on the border. He went on to say the question now is if the country is going to “get serious about dealing with this problem in a systemic way” instead of “constantly reacting to emergencies.”

The Left often criticized Obama for the mass deportations throughout his administration. He sent so many illegal immigrants packing that immigration advocates began calling him “deporter in chief.” It seems Biden is trying to take the opposite approach and is putting the country in danger.