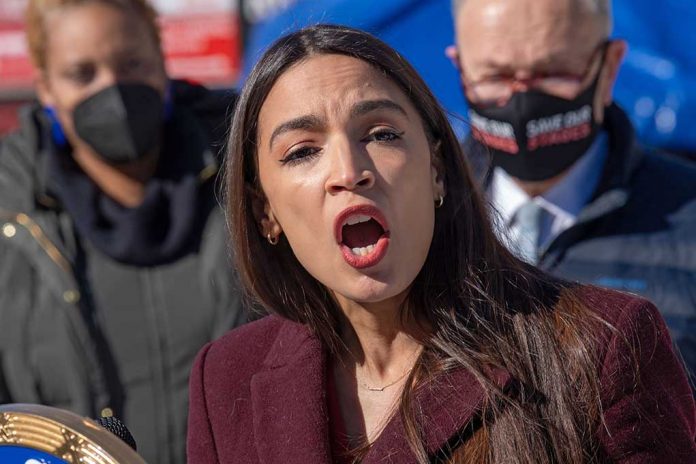 (NewsReady.com) – President Joe Biden has said he’d be willing to forgive up to $10,000 in student debt through executive action. The far-Left, led by Rep. Alexandria Ocasio-Cortez (D-NY), has been pushing for up to $50,000. Recently, that dream was shot down by the POTUS, and AOC lost it when she heard the news.

On Tuesday, February 16, Biden held a town hall with CNN. A woman at the event asked him how he was going to make the $50,000 student debt reduction happen. He straight up told her he “will not make that happen.” He would rather put the money toward children than paying for the educations of people who attended elite schools.

“I will not make that happen."

Says he doesn't want to forgive debts of borrowers from elite schools — and money would be better spent on early childhood education. pic.twitter.com/oDwvCJveOm

AOC lashed out at Biden on Twitter for the statement. The Progressive leader said his position is “looking shakier by the day.”

The case against student loan forgiveness is looking shakier by the day.

We’ve got the *Senate Majority Leader* on board to forgive $50k. Biden’s holding back, but many of the arguments against it just don’t hold water on close inspection.

We can and should do it. Keep pushing!

The congresswoman is behaving as though nobody has ever told her “no” before. Biden isn’t one of her parents that can give her whatever she wants. Also, where exactly does AOC plan to get the money to fund this hot plan of hers? Didn’t her mother ever tell her money doesn’t grow on trees?