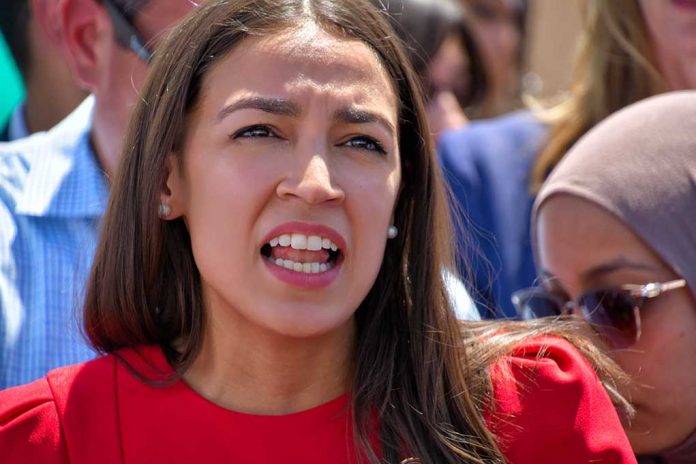 (NewsReady.com) – Rep. Alexandria Ocasio-Cortez (D-NY) was an outspoken critic of former President Donald Trump’s immigration policies. She even compared the detention centers where migrants were being held to “concentration camps.” Now that Joe Biden is president, she has been pretty quiet about the immigration crisis, except to pull the race card when it’s convenient.

On March 30, during a Q&A on Instagram Live, someone asked AOC why she wasn’t “addressing the border crisis and kids in cages” as she did during the Trump administration. She responded, saying there isn’t a border crisis, there is a climate, imperialism, and trade crisis. The congresswoman went on to say there’s no surge at the border, either, saying that is a “white supremacist philosophy.”

.@AOC on border crisis: "This is not a 'surge,' these are children, and they are not insurgents." pic.twitter.com/2V9GO5p8xe

According to Dictionary.com, the word “surge” means a “sudden or great increase.” What else would Ocasio-Cortez call a 28% rise in the number of illegal border crossings? Words have meanings. Not everything has to do with “white supremacy” no matter how badly AOC wants to use the term to fearmonger.