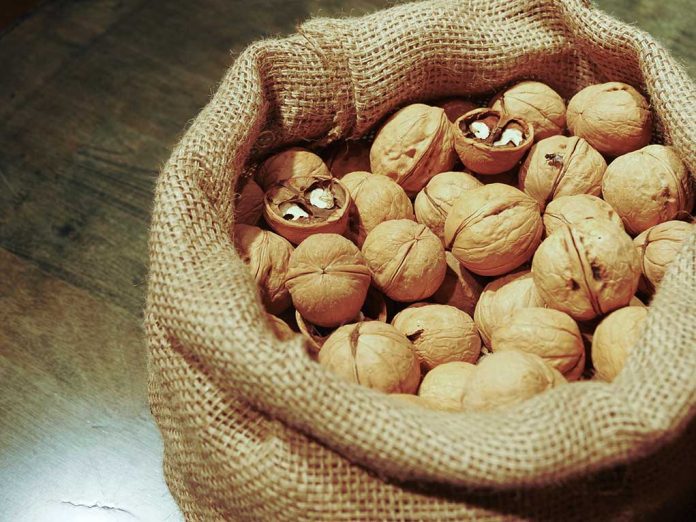 (NewsReady.com) – Before winter, some animals prepare for the long months ahead by gathering the food they need to survive. One tiny prepper in North Dakota, however, caused a major headache for a truck owner.

For eight years, Fargo insurance agent Bill Fischer has been battling a tiny red squirrel. The animal tries to use his truck for winter storage each year. In September, he said the animal set a new record: 348 pounds of walnuts were removed from his truck.

In a battle between man and squirrel, the squirrel is winning.

A red squirrel keeps filling a North Dakota pickup truck with walnuts in order to prep for winter.https://t.co/At7w0z4ZBA

According to the frustrated car owner, there’s a walnut tree directly above his truck. When the nuts start to ripen, the squirrel gets to work. The squirrel puts the nuts everywhere he can in the vehicle. Fischer says he has found them all around his engine, in his doors, the wheel well and even his bumper. Unfortunately, he can’t get to all of them and he can hear them rolling around.

Fischer told Fox 23 News the squirrel’s been making him nutty, so to speak, since 2013. “This has now become a sort of ritual,” he said. The squirrel fills his truck with nuts, and Fischer tries to remove them. He joked that he puts in “as much hard work” as his furry adversary when he spends hours taking his truck apart each year to find all of the walnuts.