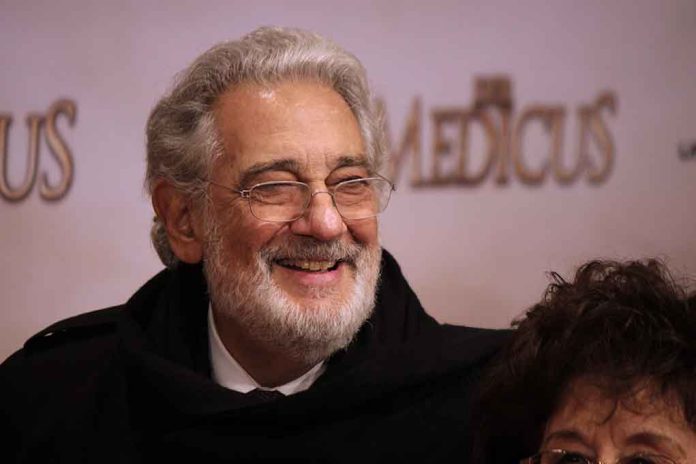 (NewsReady.com) – For decades, Plácido Domingo has been one of the most influential opera singers in the world. His career fell apart in 2020, at the height of the Me Too movement, after female performers accused him of inappropriate conduct. Recently, authorities linked him to a sex trafficking scandal in Buenos Aires, Argentina.

Authorities in Argentina recently conducted 50 raids on the Buenos Aires Yoga School Group. The organization has been operating for more than 30 years in the South American country. Over that time, there were rumors about inappropriate goings on at the business, but police failed to act until now.

Twenty-four members of the school, including founder Juan Percowicz, 84, have been arrested in the raids. Police found more than $15,000 in Argentine pesos and US dollars when they searched the home of the elderly business owner. El Pais reported that law enforcement believes the group operates as a cult and recruits new members from as far away as America.

During the investigation, law enforcement used wiretaps to monitor the school and its officials. Prosecutors have alleged they captured Domingo making plans with members of the trafficking ring. He reportedly told a woman named “Mendy” he wanted to ditch his representatives in order to meet with her for a sexual encounter.

Police then allegedly captured the woman speaking to Percowicz, confirming she had a meeting with the opera singer. Authorities have not arrested Domingo or accused him of committing any offenses. It’s unclear whether that will change as the investigation continues.

In 2020, the American Guild of Musical Artists (AGMA) determined the singer engaged in inappropriate workplace conduct. The organization found that he had made unwanted sexual advances to women both inside and outside of work. Domingo denied the allegations against him, which accusers said spanned three decades.

The New York Times reported Law firm Gibson, Dunn & Crutcher reported some of the allegations against him were just from women who felt uncomfortable, but others involved “significant trauma.” The lawyers didn’t provide examples of any of the accusations against him, but determined they were “credible.” He faced a tremendous amount of backlash in the US, but was still very popular in other parts of the world. Will that change now that he has been implicated in the sex trafficking ring?