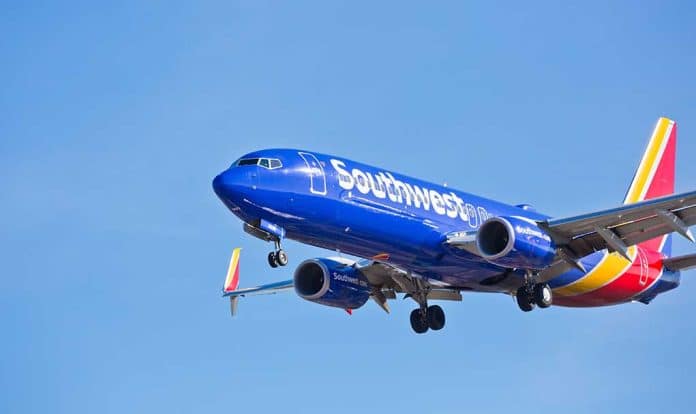 (NewsReady.com) – Assaults on flight attendants and other airline employees have risen sharply since the beginning of the COVID-19 pandemic. The worst attack led to the hospitalization of one airline worker and the arrest of a passenger.

On Saturday, November 12, 32-year-old Arielle Jean Jackson boarded a Southwest flight at Dallas Love Field Airport. Upon entering the plane, the Dallas Police Department said she got into an argument with an operations agent at the back of the aircraft. The worker instructed Jackson to get off of the plane. As the passenger left, she got into an argument with another operations agent and began punching her repeatedly on top of the head.

Officials said Arielle Jean Jackson went to the front of the plane where she had verbal altercation with a flight attendant before hitting her with a closed fist to the head. https://t.co/ahLDK6KmCn

Police arrested Jackson, and the agent was taken to the hospital. Chris Mainz, a spokesperson for Southwest, told The Washington Post that the airline worker had multiple injuries. Mainz called it an “unacceptable incident” and said the company has a “zero-tolerance policy regarding any type of harassment.”

The attack comes less than two weeks after FAA Administrator Steve Dickson released a statement notifying the public that unruly passengers will face both state and federal prosecution. They will also be liable for fines up to $37,000. More than $1 million in fines have been issued in 2021.

Jackson is being charged with aggravated assault.