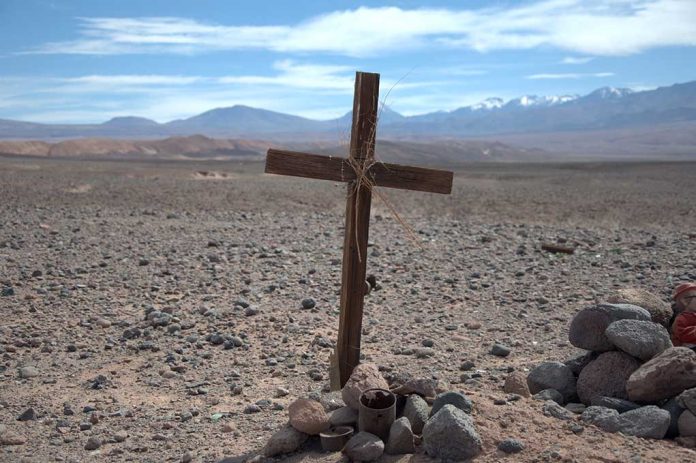 (NewsReady.com) – Mass graves in Mexico are not a new phenomenon. For more than a decade, the government has been at war with drug cartels. Those cartels have been at war with the police and other cartels, resulting in many deaths each year. Now, there’s new information about one of the graves uncovered in 2017.

On Wednesday, November 17, Solecito Collective, a group of families looking for their missing loved ones, announced the discovery of 65 bodies and at least 5,000 bone fragments. The grave was discovered in Alvarado near the Veracruz fishing port. According to reports, the people discovered were killed between 2011 and 2012 in a drug cartel dispute.

Solecito Colectivo Founder Ángeles Díaz Gaona said the search for the grave ended in 2018, just two months after it started. Then in 2020, they searched for only five weeks before the pandemic shut it down. The group applied pressure to the government to resume the search in February 2021 and hasn’t slowed. She believes the grave could ultimately prove bigger than the 2016 burial site in Colinas de Santa Fe, where searchers discovered 300 bodies and 22,000 fragments.

More than 90,000 people have gone missing in Mexico. But, families get the answers they deserve for every grave discovered.