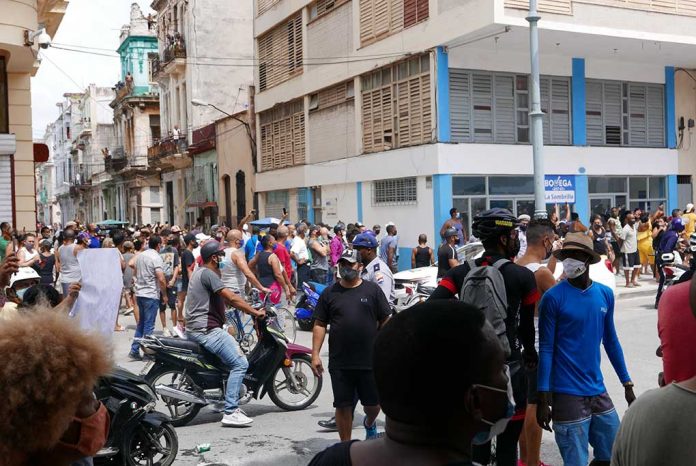 (NewsReady.com) – One of the world’s last Communist states is swaying on the edge this week after the people of Cuba took to the streets demanding an end to the country’s oppressive dictatorship. Cuban Communists and American leftists were left scrambling for excuses as thousands marched against the Havana regime.

On July 11, anti-government protests began in Cuban capital Havana and several other cities. Protesters were angry at the failures of Cuba’s socialized healthcare system, which is often cited as a model by the US Left, but in fact, is a collapsing mess. The country is now facing a record surge in COVID infections and its corrupt, underfunded, and inefficient public services can’t cope. Throwing off years of anti-US propaganda, the Cuban people are putting the blame squarely where it belongs – on the Communist regime.

America stands with the people of Cuba as they fight for their freedom from a tyrannical government.

US Conservatives and mainstream Democrats were quick to rally behind the protesters, with Miami Mayor Francis Suarez (R) leading calls for the Biden administration to send peacekeeping troops to Cuba. Meanwhile, the White House first tried to claim the demonstrations were just about the COVID crisis – until a growing backlash forced them to admit the Cuban people want freedom from the socialism so many Democrats still want to impose on America.