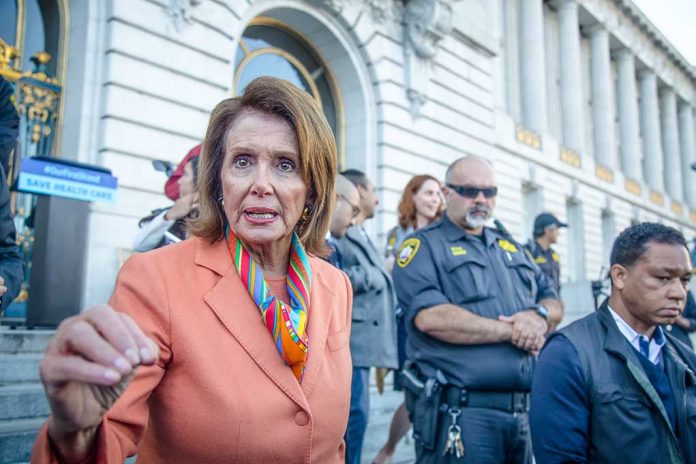 (NewsReady.com) – There’s a fight happening in Congress right now over Speaker of the House Nancy Pelosi’s (D-CA) January 6 committee. Earlier this week, Minority Leader Kevin McCarthy (R-CA) announced his picks for the committee. On July 21, Pelosi rejected two of the lawmakers he chose, and that’s when the minority leader retaliated.

Pelosi announced she would not allow Reps. Jim Jordan (OH) or Jim Banks (IN) to serve on the Jan. 6 committee. In a statement, the Speaker said the Democratic Party raised concerns about the lawmakers’ ability to serve on the committee without compromising the “integrity of the investigation.” Ultimately, she decided they wouldn’t be able to serve because of “statements made and actions taken” by the men.

McCarthy responded by pulling all Republicans off of the committee. He then accused her of abusing her power and asked Democrats why they’re allowing it to happen.

House Democrats must answer this question: “Why are you allowing a lame-duck Speaker to destroy this institution?”

This is the People’s House, not Pelosi’s House. https://t.co/NweMZRJ0MR

The minority leader said the only way Republican House members will sit on the committee is if Pelosi seats Banks and Jordan. Rep. Adam Schiff (D-CA) claimed the Republican leader selected the two congressmen to “be disruptive,” saying that’s unacceptable. The Speaker rejected McCarthy’s concerns, saying she will move forward.