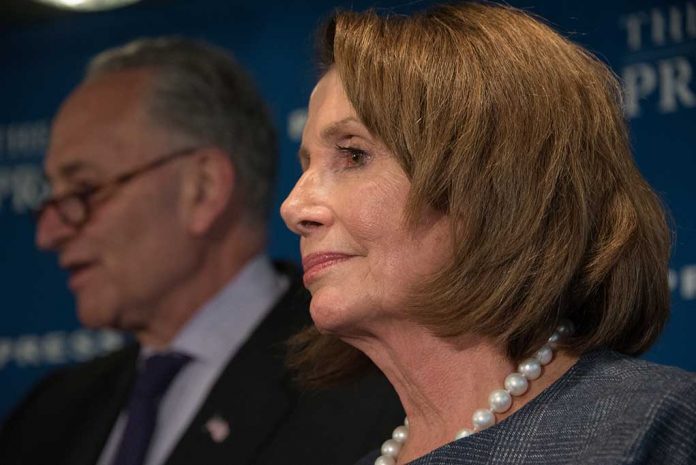 (NewsReady.com) – The crisis at the Mexican-American border has been getting increasingly worse over the past several weeks. In February, more than 100,000 migrants crossed into the US. Not to worry, though; House Speaker Nancy Pelosi (D-CA) thinks everything is all good.

On March 19, Pelosi held a press conference where she was asked about the crisis at the border. She claimed the “Biden administration has this under control,” saying his immigration plan is “values-based.” The speaker said that’s different than what was going on during former President Donald Trump’s administration and even insulted Republicans, declaring they are “bankrupt of ideas” on how to help the American people.

The Biden administration does not have the border under control. When over 100,000 people enter the country illegally in just 4 weeks, that’s a pretty good indication that it’s very much out of control. Maybe Pelosi needs to travel there and have a look for herself… that is, if Biden lets her.