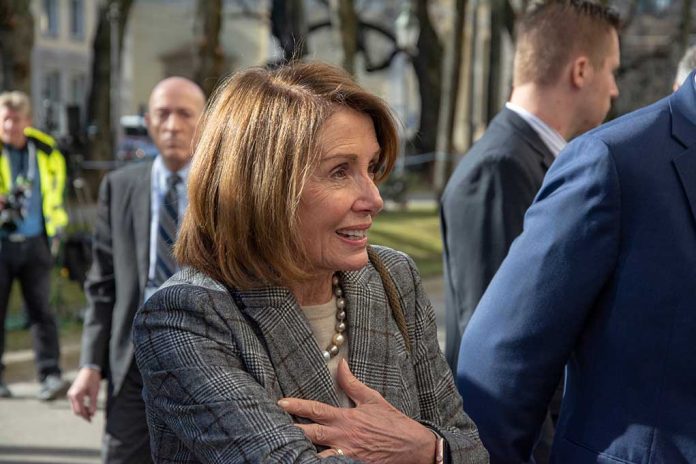 (NewsReady.com) – On March 31, President Joe Biden introduced his massive infrastructure plan. Republicans have criticized it for including a number of provisions that have nothing to do with infrastructure, including subsidies for electric vehicles. New reporting points out that Speaker of the House Nancy Pelosi (D-CA) could be personally enriched if the plan becomes law.

According to reports, Pelosi’s husband, Paul, invested upwards of $1 million into Tesla. If the electric car subsidies are passed with the infrastructure plan, it could increase revenue for the company. The Pelosis would stand to profit from that increase.

Democrats are okay with spending $147 Billion for "electric vehicle incentives" but not $5 Billion for a border wall?

Speaker Pelosi’s Deputy Chief of Staff Drew Hammill claimed the congresswoman had no knowledge of the investments and that the “SP” marked on her financial disclosures means “spouse,” proving that she has “no involvement.” It’s hard to believe that her husband would make such a large investment without her knowledge, but even if she didn’t know about it prior to the introduction of the plan, she does now.

Pelosi’s husband should immediately divest from the company to avoid a conflict of interest, but judging by the excuses the Speaker’s team is already making, that’s unlikely to happen.