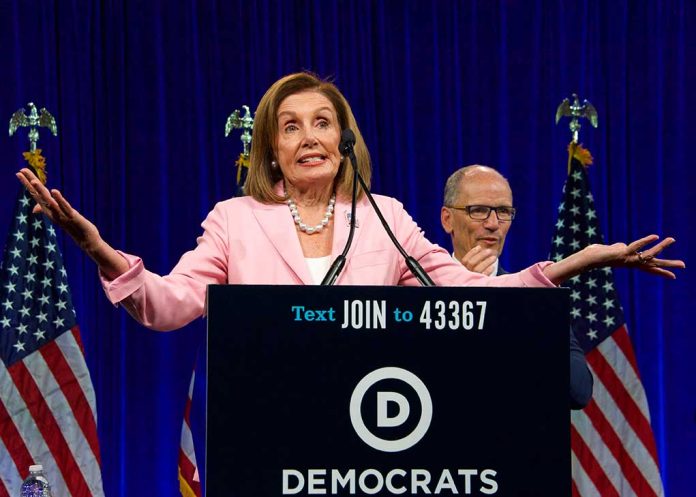 (NewsReady.com) – A federal judge has thrown out a case against House Speaker Nancy Pelosi (D-CA). Three GOP lawmakers were suing Pelosi over fines she issued to them in 2021. Now, they’ve been told they don’t have a case.

Last year, Speaker Pelosi outraged Republicans by fining 3 Representatives – Marjorie Taylor Greene (R-GA), Thomas Massie (R-KY) and Ralph Norman (R-SC) – $500 each after they didn’t wear face masks in the House. The three filed a lawsuit alleging that, as their refusal to wear masks was a political protest, Pelosi was violating their right to free speech. They also alleged the fine amounted to an illegal reduction in their salary. As well as Pelosi, the lawsuit named the sergeant-at-arms and the House’s chief administrative officer as defendants.

Unfortunately for the three lawmakers, the suit came up in front of a federal judge on March 9 and was quickly dismissed. Judge Reggie B Walton, the senior judge of the Washington, DC District Court, ruled that the House mask policy wasn’t an infringement of free speech. He also decided the fines weren’t a salary reduction, and therefore didn’t violate the 27th Amendment.

However, Greene and her colleagues aren’t giving up. Last Thursday, Massie told journalists the three are “glad to have a ruling that gets us one step closer to the Supreme Court,” where they’re confident the justices won’t be so quick to accept Pelosi’s arguments.