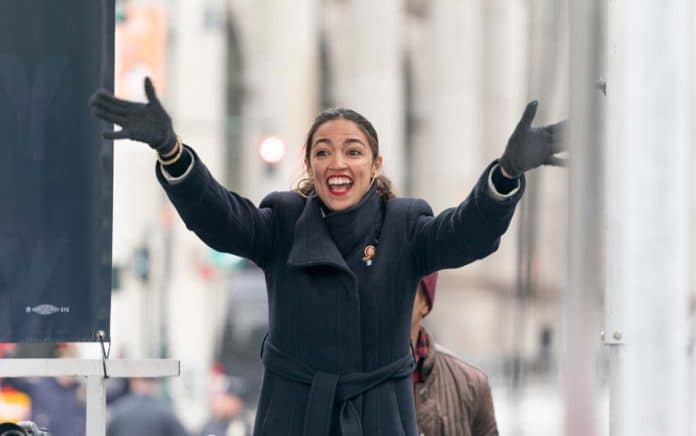 (NewsReady.com) – Transportation Secretary Pete Buttigieg has commented on a far-left congresswoman’s off-the-wall spending plan, calling it “bolder” than President Joe Biden’s. With Biden’s proposed $2-4 trillion “infrastructure” package already under fire from both sides, it looks like Buttigieg is trying to get in the damage limitation first.

The president is currently pledging to spend at least $2 trillion on schemes he says will create jobs and boost the economy. Leaks from the Treasury suggesting the real figure could be over twice that – and, potentially, financed with $3.5 trillion in new taxes. Conservatives are warning this much government spending could devastate an economy already reeling from the COVID-19 pandemic, but some Liberals say it isn’t enough. The spending extremists are led by Representative Alexandria Ocasio-Cortez (D-NY), who claims up to $10 trillion in new spending is “realistic.”

WATCH: "The vision the president has put forward is fully paid for," says @SecretaryPete of Pres. Biden's infrastructure plan. #MTP

Buttigieg: "We're just asking corporations to pay their fair share at a rate … that would be lower than it's been for most of my life." pic.twitter.com/YrWLnCMzny

Buttigieg doesn’t seem to agree. Calling AOC’s plans “bolder” than the president’s – a not so subtle way of calling them insane – he insisted Biden’s plans already include enough spending to regenerate the country’s infrastructure. The question is, can Biden stand up to his party’s far-left and resist their spending demands?