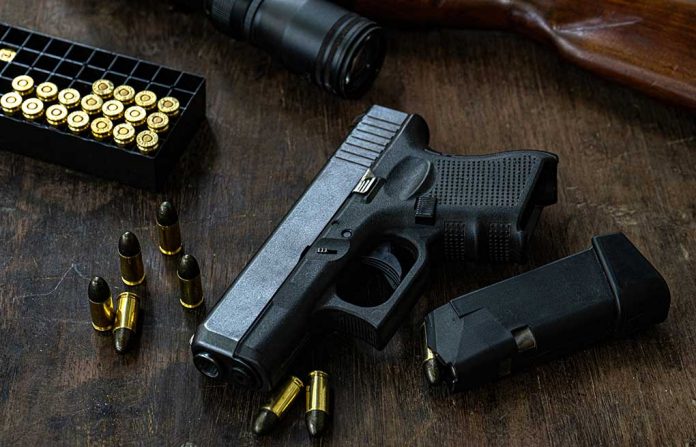 (NewsReady.com) – In July 2020, Evan Wexler, 56, realized someone was targeting his luxury car collection for the 18th time. He armed himself with an AR-15 and ran out of his Fort Lee, New Jersey home to scare the thieves away. Between the weapon and wearing no clothes, he deterred the robbers. However, he’s now facing legal problems over the situation.

The 18th time thieves tried to steal meat mogul Evan Wexler’s exotic sports cars, he ran naked from his bed with a loaded semi-automatic rifle to fire warning shots from his porch https://t.co/f9C58p3eJc

Police responded to the call and found a bullet hole in one of Wexler’s cars. Officers then obtained a search warrant for his home and discovered an Israeli IWI Tavor Sar with a magazine, which is reportedly illegal. The police arrested Wexler, and he was allegedly stuck in jail for 48 hours, charged with aggravated assault and possession of weapons for unlawful purposes.

The millionaire meat mogul had to sell his guns, and he pleaded guilty to a lesser charge. A judge sentenced him to two years of probation. To make matters worse, thieves stole Wexler’s extremely rare Lamborghini Aventador SVJ Coupe (there are only 10 in the US) a month after his arrest. Police recovered the car 10 days later with roughly $80,000 worth of damage.

Wexler told the Daily News that not only was he treated as a criminal, but now he doesn’t even have his weapons to chase off thieves.