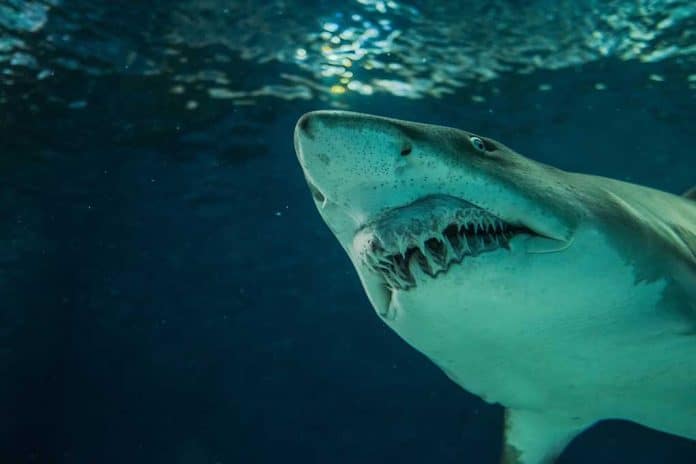 (NewsReady.com) – Police officers find all kinds of unusual things when they’re out on calls. Officers in West Sussex, England discovered something incredibly unexpected while recently responding to a residential home disturbance.

Inspector Darren Taylor and his team showed up at a home after someone called in a disturbance. They found small sharks swimming in an 8-foot pool, in the home’s front room. All of the animals were swimming around an artificial Christmas tree.

‘You think you’ve heard it all!’ Police find shark-infested swimming pool at a Sussex flat https://t.co/iDKZddYuDZ

Residents of the UK are allowed to own some exotic pets. In fact, The Argus reported in March that ownership of unusual animals in the country has increased 59% since 2000. Across the Atlantic, the US also allows people to own some exotic pets. However, that has led to the degradation of public lands because pet owners often release the animals into the wild, taking over and killing native wildlife. The UK is facing similar problems with invasive species.

The reason for the disturbance and whether the West Sussex homeowner has an exotic pet permit are under investigation.