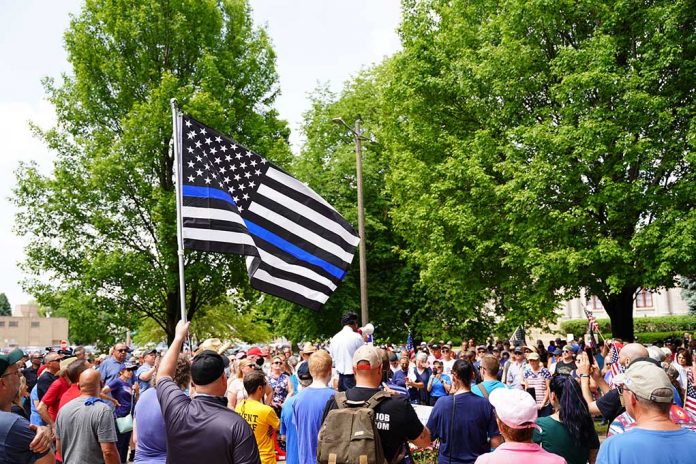 (NewsReady.com) – Every day, police officers head out the door and put their lives on the line to protect the public. Sadly, hundreds of them do not come home each year. In 2020, 366 law enforcement officers lost their lives in the line of duty. The number of deaths has surged in 2021.

According to a June 21 report by OAN, there has been a 39% increase in officer deaths in 2021. Since the beginning of May, the country has already lost 29 of these brave men and women.

New FBI data reported law enforcement officer deaths have increased 39% in the past five months in comparison to the same time last year. The report included 39 officers who were killed since May 31.

And no end in sight…..https://t.co/zAbjMcen5s

The number of deaths includes all of the officers who have died, including those who lost their lives to illness or violence. The Officer Down Memorial Page, a website that tracks deaths of law enforcement officers, reports that 56 cops have died as the result of acts of violence or from being struck by automobiles during traffic stops so far this year. That number includes 28 fatal shootings.

Most recently, on June 21, Police Officer Gordon Beesley was shot and killed after responding to a call in Arvada, Colorado. A bystander tried to help the fallen hero and was also killed. Officer Beesley served on the force for 19 years, including working as a resource officer at a middle school.

Not only are the police fighting a battle on the streets, but now they have to fight Democratic politicians who want to defund their agencies making both officers and the public less safe. Don’t they have enough to worry about already?