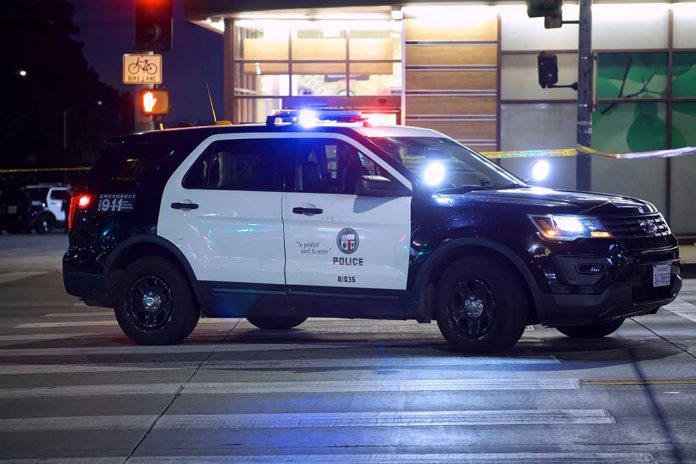 (NewsReady.com) – The relationship between Chicago Mayor Lori Lightfoot (D) and the police in her city can be best described as hostile. The Democrat has spent years attacking the department and demanding reform. She has suggested millions of dollars in budget cuts to a police force grappling with out-of-control gang violence.

The testy relationship deteriorated even further in 2021. And recently, the mayor issued an order that is infuriating law enforcement officials.

On Wednesday, August 25, Lightfoot ordered all city employees to be fully vaccinated against COVID-19 by October 15. That means more than 30,000 employees will either have to receive both of the Pfizer or Moderna shots, or the one-shot Johnson & Johnson inoculation. Her decision makes Chicago the second-largest city in the country to impose the requirement.

In a statement to the press, Lightfoot said city employees “must take every step necessary” to keep the “city safe and healthy.” She went on to say getting vaccinated is the “best way” to achieve their goal. Unsurprisingly, not everyone agrees with her.

Fraternal Order of Police President John Catanzara told the Chicago Sun-Times that he doesn’t agree with the mayor’s decision because there aren’t any long-term studies showing the side effects of the vaccines. He said Lightfoot’s decision to mandate the vaccines “without that data as a baseline amongst other issues is a ‘Hell, no’ for us.”

Catanzara called on the other police unions in the Windy City to reject Lightfoot’s order. He also asked what they would do if thousands of police officers decide to stay home in protest of the order. The union boss added that the stance was a ‘united front’ amongst the police, and that officers were prepared to take legal action if necessary.

When the FDA issued full approval to the Pfizer vaccine, orders for mandates exploded around the country. The Department of Defense (DOD) ordered all soldiers to receive the shots. San Diego, California is going to require all city workers to receive it, as well. Seattle also mandated the vaccines.

The full approval from the FDA might make it harder for people to fight the mandates. The Supreme Court has already refused to take up one case on the issue. Only time will tell if Lightfoot’s order will hold up in court. One thing is certain: her relationship with the police is deteriorating quickly. At some point, one has to wonder if it’s going to cause a safety issue in the city.