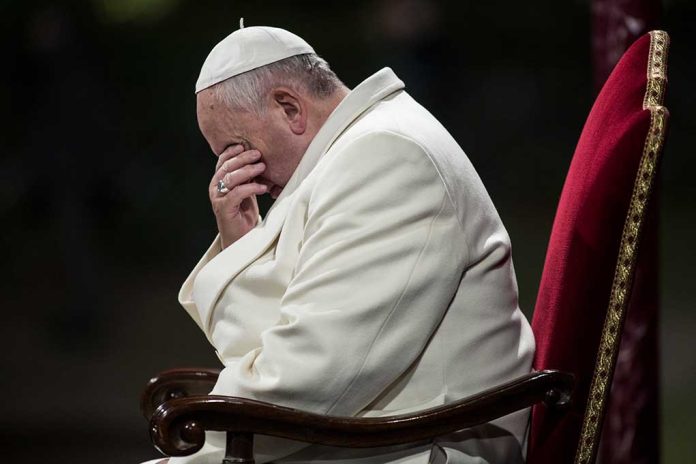 (NewsReady.com) – Cancel culture is a hot topic in the United States. Mobs of Liberals have repeatedly attacked Conservatives because of their points of view, had them fired from their jobs and ostracized. Apparently, it’s a problem across the world, and Pope Francis spoke out about it recently.

On January 10, the Pope gave his annual speech to the Diplomatic Corps, a group of leaders from around the world. The leader of the Catholic Church spoke about the impact of cancel culture on society. He explained that some believe canceling people under the “guise of defending diversity” results in the cancelation of “all sense of identity.” In other words, cancel culture is forcing people to conform to other people’s idea of what’s right, instead of allowing individuals to express themselves freely.

Even Pope Francis is no fan of 'cancel culture,' denouncing it today as "a form of ideological colonization that leaves no room for freedom of expression…Under the guise of defending diversity, it ends up canceling all sense of identity…" pic.twitter.com/nYzIdEzkvi

In the US, Conservatives have discussed the impacts of cancel culture at length. Unfortunately, Democrats have largely ignored their warnings.

Pope Francis also discussed the erosion of trust people have in governmental systems. He said world leaders need to come together to brainstorm solutions for problems. However, he pointed out that decisions are often made without there being a “genuine process of negotiation” in which everyone has a say.

Do you think world leaders will listen to the Pope’s advice?