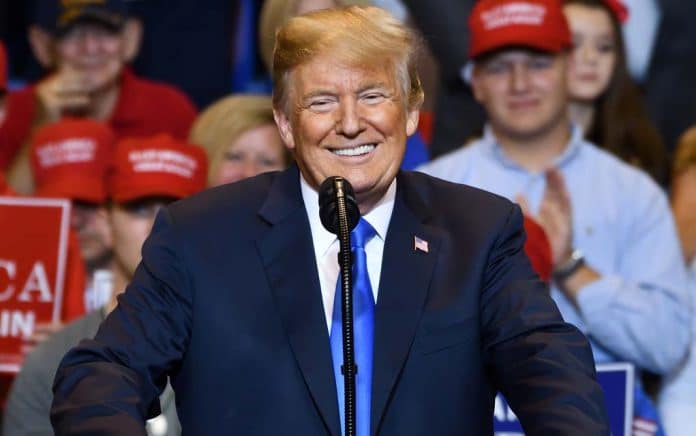 (NewsReady.com) – Former President Donald Trump and the Bush family aren’t on the best terms — well, except one member. Texas Land Commissioner George Prescott Bush, son of Jeb Bush, is a huge supporter of the former president. He endorsed Trump in 2020, and now he’s trying to ride the MAGA train to another political victory in the Lone Star State.

On Wednesday, June 9, Bush talked to Fox News about his campaign for the state attorney general. During the interview, he said he believes in the former president’s America First policies. He went on to say he believes Trump is the “center of the Republican Party.”

The younger Bush said he hopes to carry on the “lightning” Trump brought to the GOP. Like the former president, Bush has condemned President Joe Biden for his terrible and dangerous border control policies. If he won the race in Texas, he would have to deal with the fallout from those policies.

Why does Biden refuse to take action to stop this flow of drugs? Why is he refusing to spend more on border security? When will Kamala Harris, his border czar, stop laughing, stop rolling her eyes, and actually visit the border? (3/4)

As for his family, Bush says their opinions about Trump don’t matter, he’s his “own man.”

Bush is running against incumbent Ken Paxton in the GOP primary. The current state attorney general is also a vocal Trump supporter who has taken Biden on in court. The Texas race is definitely one worth watching in 2022. No matter who wins, it’s clear the America First policies will continue in the state.