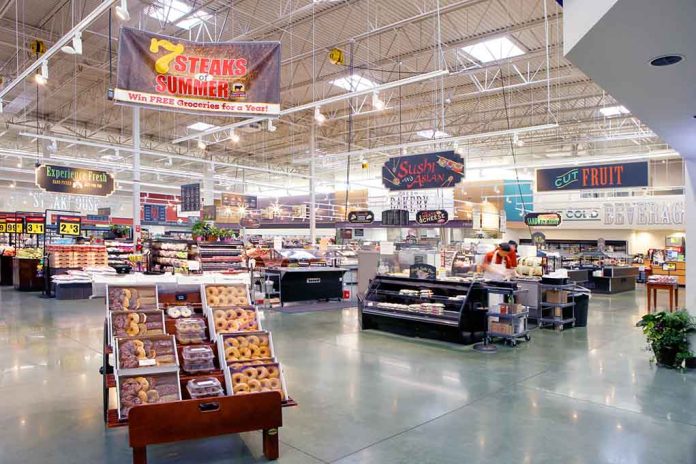 Popular Store Puts up Message for Joe Biden – They Had To!

(NewsReady.com) – For months, frantic parents have been searching for baby formula. The federal government is working to increase the supply in the wake of the shortage. Due to the high demand, a store in the Midwest has now moved its formula.

According to reports, St. Louis-based Schnuck’s Grocers recently moved its formula to the front of its stores. The shops added signs in the area where it used to be informing customers of the change. Like other stores, the midwestern grocery chain is limiting the quantity people can buy to five cans.

On June 13, a reporter asked White House Press Secretary Karine Jean-Pierre for an update about the formula crisis. She responded by shuffling through her briefing book before telling the reporter she had no new information.

Karine Jean-Pierre is asked if there are any updates on the baby formula shortage.

She spends almost 20 seconds flipping through her binder before saying she has no update on it. pic.twitter.com/5a9gLetxdM

The baby formula shortage began after the FDA forced Abbott Nutrition to close its factory in Michigan for health violations. The closure came after as many as nine children died after consuming the company’s formula. Authorities have allowed the factory to begin operations again, but it could take weeks to fill shelves.

On June 13, Abbott announced it would import 1.1 million pounds of infant formula to the US from its facility in Spain. However, parents will be dealing with a shortage for the immediate future.