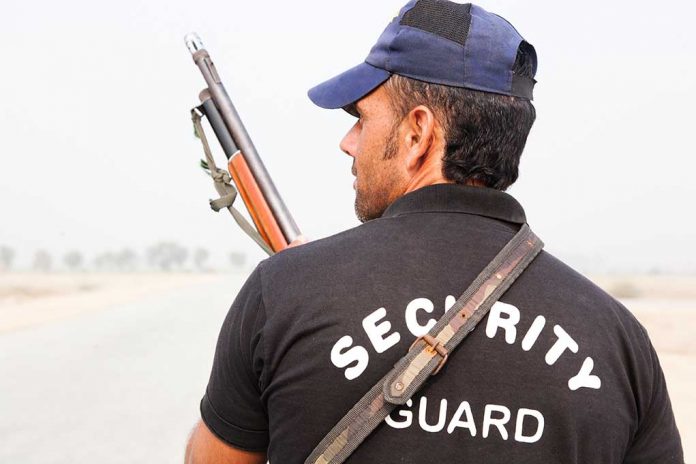 (NewsReady.com) – Portland, Oregon dealt with more than 100 days of protests throughout the course of 2020. Black Lives Matter (BLM) and Antifa rioters damaged buildings, attacked the police and disrupted the metropolis. The city council decided the best way to handle those violent incidents was by defunding Portland Police Department (PPD) to the tune of nearly $15 million.

In a totally unsurprising turn of events, gun violence immediately surged in the city. Reports now indicate the city is hiring private security firms to keep the area safe.

The 6-foot ex-Navy Seal told Willamette Week his job is to make sure residents get home safely. He blames the violence on gang wars, vowing to protect people from their effects.

But Lafont and his firm aren’t the only ones patrolling the downtown section of Portland. Armed guards from at least three separate private security companies maintain a presence in the area to help clubbers stay safe.

Business owners decided to hire their own security after budget cuts and other issues made it difficult for police officers to maintain order. The Portland Police Bureau is affected by the loss of nearly 120 officers; some walked off the job, while others were laid off, leaving a gaping hole in the security of the city at the worst possible time.

Portland saw 453 shootings in the first half of 2021. That’s more than during the entire year of 2019 (389). Experts expect the number of firearms incidents to exceed 1,000 by the end of the calendar year.

Homicides have also increased. Reports reflect a total of 38 murders between January and early June. Only six such incidents took place within the same period during the prior year.

Several of the most recent shootings occurred in the crowded Old Town section of the city where people stroll through regularly looking for a good time. An 18-year-old woman was shot to death in August there; another six others were wounded. An unknown party fired multiple shots in the area, injuring two people in June.

While bar and club owners try to protect their patrons, the Portland City Council has yet to solve the larger issue of police shortages. Business owners already pay taxes to fund law enforcement. Why are they now being forced to pay for private security, too?