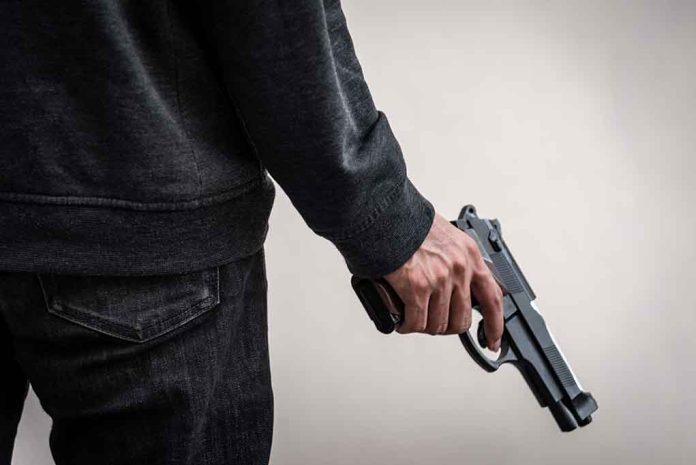 (NewsReady.com) – Physically attacking another person is never okay. When a man beats up a pregnant woman, that seems infinitely worse. But that’s what happened in Florida recently; fortunately, there was a good Samaritan around to stop the altercation.

A man was arrested after allegedly attacking his pregnant girlfriend in a parking lot on Saturday, Pinellas County Sheriff's Office (PCSO) said. https://t.co/jS1cxQ8f6f

On October 22, just after 5 p.m., 27-year-old Cole Joseph Danisment became angry with his pregnant girlfriend in the parking lot of a Pinellas County Publix. He allegedly began punching her in the face multiple times. The victim fell to the ground, and that’s when police say the suspect started stomping her upper body and head.

A witness saw what was happening and walked over to intervene. ABC Action News reported the passerby told police the attack was “so brutal in nature that he feared for the victim’s life,” so he pulled out a gun and pointed it at the suspect. That reportedly made Danisment stop hitting the woman.

Eleven days before the attack, police arrested Danisment for another alleged attack on the woman. In the incident at Publix, she suffered a broken nose. There is now a no-contact order in place.

Florida is a Stand Your Ground state, meaning someone is allowed to use deadly force if they are in fear of their life or believe someone else’s life is in danger. In other words, the suspect was fortunate the only action the witness took was to pull out his weapon.