There are few things that bring Americans together like the rising cost of prescription drugs. Although people might have disagreements on who should pay for them, we all agree that they are too high.

In February, the biggest drug companies in the industry testified before the Senate. In an attempt to justify the high prices of pharmaceuticals, they talked about how it can often cost billions of dollars to develop one new medication. They eventually said that the only way to control the cost of prescriptions would be if the entire system were overhauled.

Blaming the research it takes to develop drugs isn’t the whole story though. Supply and demand come into play. Medication costs are affected by drug supply companies, by how much people are willing to pay to purchase a drug, and, unfortunately, by how necessary it is.

A couple of examples of price gouging are insulin for diabetics and EpiPens.

Over the last 10 years, insulin prices have tripled, even though the drugs themselves haven’t changed at all. In 2009 Novolog, a commonly prescribed insulin cost $93. If you were to go purchase it today it is almost $300. In fact, all the major insulin makers have been raising their prices around the same time. In 2018, the Minnesota Attorney General filed a lawsuit against the big three insulin makers for price gouging.

Because of the rise in prices, many people on insulin can’t afford to take their medication as prescribed. A survey done by T1International, a diabetes charity, discovered that more than a quarter of all people with type 1 diabetes in America had to ration their insulin in the past year. This was the highest percentage of any high-income country.

EpiPens are another example of a medication that hasn’t changed, except for the price. In 2007, an EpiPen cost about $50, but eventually, the price increased to $600 for a two-pack.

So although pharmaceutical companies might infer drug prices are a reflection of the time and effort that went into developing them, that obviously isn’t the case.

Politicians on both sides of the aisle have been working toward lowering prescription drug costs. Since Donald Trump became president, prices have been steadily falling almost every month. Hopefully, this trend will continue. 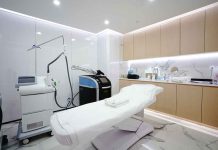