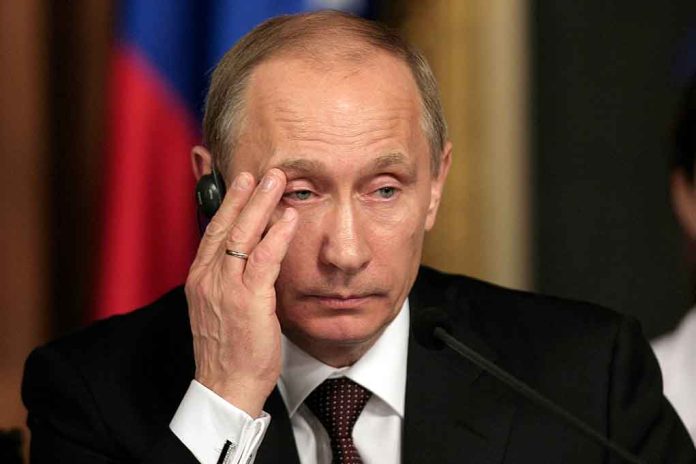 (NewsReady.com) – Russian President Vladimir Putin has ruled the country for decades. Even when he wasn’t the president, he was the most powerful man in the nation. However, that might not remain true for long, according to a well-respected professor.

In a Twitter thread on Saturday, July 23, Yale University professor Timothy Snyder discussed Putin’s grasp on power. He claimed there are signs the president is “losing control,” like when Russian officials claim “catastrophic consequences” are awaiting the West and Ukraine. He explained that before the war, there was less of the “fear propaganda” we are seeing now. Following the invasion, others, like former President Dmitry Medvedev, feel they’re authorized to make threats on behalf of the government.

Snyder believes the “doom propaganda” is an attempt to prove to Putin that Russians are loyal and the country is unstoppable. He thinks it’s also demonstrating the eventual power struggle that will take place in the former Soviet nation when the president finally loses his grip.

We now regularly hear now from people aside from Putin (for example former prime minister and president Dmitri Medvedev) about the meaning of the war, the catastrophic consequences that await Ukraine and the West, and so forth. This is a sign that Putin is losing control. 1/

While that takes place, Russia is becoming weaker in the background. Its military has taken significant losses, which is hurting Putin because that’s where he derives his political strength, Snyder claims. He goes on to say the president “can survive the army not being strong. But at a certain point, not being strong becomes not looking strong.” That’s where the Russian leader will face his biggest challenge.

Rumors have circulated for months that Putin is on his way out, either due to bad health or the result of mistakes he made when he invaded Ukraine. Experts thought the war would end quickly, but the neighboring nation proved to be a formidable foe. Now, some believe it’s just a matter of time before Russia gets a new leader.