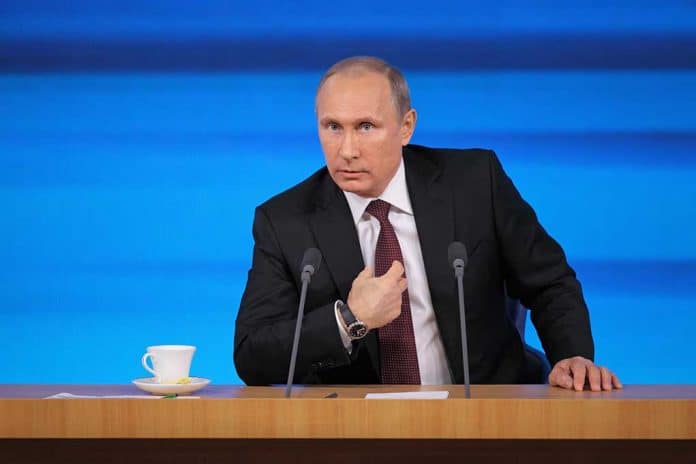 (NewsReady.com) – In December 2020, thieves broke into an airfield in southern Russia and stripped a plane of parts. That aircraft was one of Russian President Vladimir Putin’s “Doomsday” planes. The planes will be used in the event of a nuclear conflict in the country and function much like Air Force One.

On July 26, state-run news agency RIA-Novosti reported the first of the two modified Ilyushin Il-96 airliners is underway. The new aircraft will replace the current Ilyushin Il-80s the Russians have used since the 1980s, but they’ll be far more advanced. The agency reported the new planes will allow Russian officials to equip airborne, land-based, and underwater missile launchers that can reach more than 3,700 miles. To put that into perspective, that’s further than Florida to the northwest corner of Washington state.

Russian President Vladimir #Putin is expected to soon receive two ultramodern ‘#Doomsday’ planes to use in the event of a #nuclear war, UK-based online newspaper The Daily Mail reports.https://t.co/6ixOnvNoU6

News of the planes’ construction comes days ahead of the first nuclear talks between Russia and the US in Geneva. The discussions are set to start on Wednesday, July 28. Deputy Secretary of State Wendy Sherman will lead them for the US. Relations between the two countries have been tense recently. The world will likely be watching when discussions get underway.