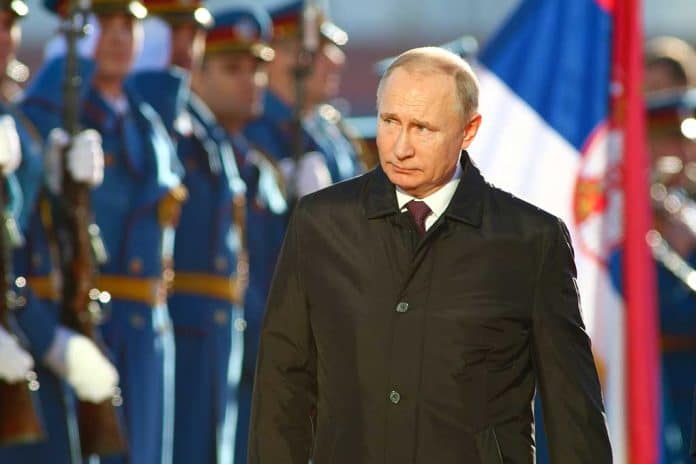 (NewsReady.com) – In April, satellite images showed the Russians were building up their military in the Arctic. Reports indicated President Vladimir Putin was securing the country’s northern coast to open a shipping route from Europe to Asia.

At the same time, the Russian president is trying to ensure his country has energy for decades to come. Now, the two missions have reportedly intersected. And Putin just got a birthday present fit for a strongman.

Putin celebrated his 69th birthday on October 7. His country decided to announce its plans for a new naval fleet on that day as a gift to him. Russia plans to use the new Arctic fleet to help secure its energy supplies in the region for years to come.

A source told state news agency TASS about a “new structure” currently “under construction.” The fleet will reportedly be a “separate formation within the Navy,” and its purpose will be to “ensure the safety of the Northern Sea Route and the Arctic coast.”

While the Russians try to secure the trade route, the European Union has already slammed Putin for allegedly withholding gas supplies. The new naval fleet would reportedly give the Russians full control over the Northern Sea Route for commercial shipping. The EU has accused Putin of turning energy “into a weapon.”

There are concerns Putin will use the naval fleet to force the EU to support his new Nord Stream 2 pipeline. The pipeline bypasses Ukraine, causing outrage from that government. Recently, he hinted he would allow more gas to be pumped into Europe if they approved the pipeline, which gave rise to the claims that he was withholding energy supplies for his political gain.

Putin claims the Nord Stream 2 would be great for the world. He has said it would “reduce the amount of CO2 emissions into the atmosphere by 5.6 times.” The Russian president slammed the EU for switching to short-term gas contracts.

Putin has spent years building up Russia’s military to secure more power in the region. He has even used his forces to annex land from Ukraine. The new naval fleet seems like more of the same from a president who sorely seems to miss the power of the defunct Soviet Union.