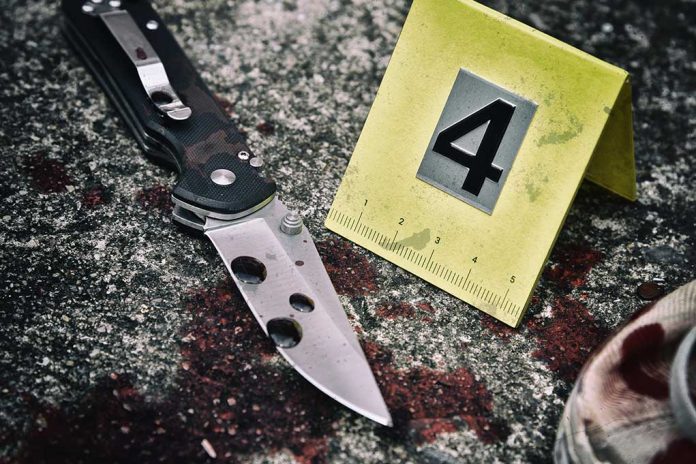 (NewsReady.com) – Cops encounter all sorts of crazy situations while they’re on duty. They often come across people who are in need of help. That’s what happened to an officer in NYC, and he saved a man in a very unconventional way.

On July 7, Officer Ronald Kennedy and other officers responded to a report of a stabbing in Harlem. When the officers arrived, they saw a victim bleeding profusely. He was suffering from a stab wound to the chest. Kennedy told bystanders to go into a nearby store to get tape and a bag of chips. He then proceeded to empty the bag and taped it over the 28-year-old victim’s wound.

Kennedy, who has EMT experience, said he did it because he didn’t want air to get into the wound and cause a lung to collapse. He explained the reason he chose the bandage he did is because the “material of the bag of chips doesn’t allow air to pass through.” That’s the reason chips stay so fresh. The NYPD officer also said he only taped the wound on three sides to allow air that was in there to escape.

The victim in the case received treatment at a local hospital. He’s expected to recover fully, and Kennedy will forever be known as the cop who saved a life with a bag of chips.